He was voiced by Corey Jones.

Not much is known about Lonnie Lincoln's past, but he was exposed to the chemical Diox-3 when he was young, which made his skin indestructible and granted him superhuman strength. Lonnie became a feared individual in the criminal underworld, and became a drug dealer under the name Tombstone. Lonnie would become the head of a biker gang, and would often battle the vigilante Spider-Man on numerous occasions.

Tombstone, who appears to be a machine shop owner, is hired alongside his biker gang by Inner Demons leader Martin Li (a.k.a. Mister Negative) to build an APC (Armored Personnel Carrier). Tombstone is known to be a supervillain who is indestructible due to exposure to powerful chemicals, so much so that bullet shots to the head have no impact. While Mary Jane is getting trackers from Lincoln's office, Tombstone kills one of his bikers for failing to finish the APCs.

Activating a side-quest has you discovering that Tombstone was able to reverse-engineer his condition and package its effects in inhalers that are sold to bikers who Spider-Man squares off against. What's more, Spider-Man would create a counter-serum that you use on Tombstone to negate his powers. Spider-Man confronts Tombstone at the machine shop, and battles him alongside his biker gang. This leaves him vulnerable to attack, allowing for an easy battle that ends with Tombstone relishing his new-found mortality, and leads to his defeat. Tombstone tells Spider-Man that he fought admirably, and on the way to prison, awaits for round two.

Tombstone doesn't appear in Marvel's Spider-Man: Miles Morales, but is mentioned by Roxxon Energy CEO Simon Krieger. Krieger wanted to hire Tombstone to track down Spider-Man and the Tinkerer, but states that Lonnie is off the grid. This reveals that Tombstone is still in prison, leaving Krieger to hire The Prowler. 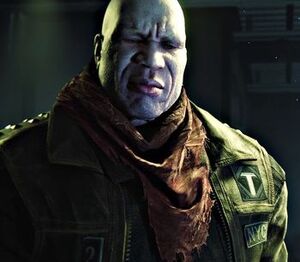 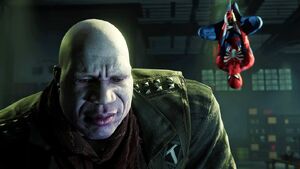 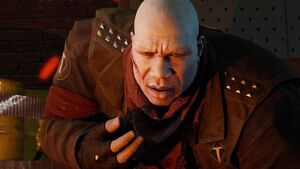 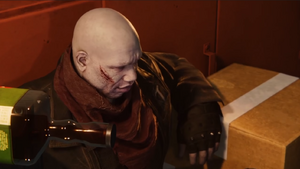