Abusing and harassing family members in different ways.
Teaching the children and parents lessons.
Sexually harassing children.
Killing people who disobey him too much.

Teach families to be good. (Succeeded until his death)

Tommy Taffy or the Third Parent is the titular main antagonist of the creepypasta Third Parent, as well as the prequel His Name Was Tommy Taffy. He is an immortal, paranormal entity who torments families for five years trying to make them good.

Tommy Taffy resembles a man at first glance, but a close look reveals his true inhuman nature. He appears to be made of plastic. His skin is completely smooth, with no pores or blemishes at all. The "hair" on his head is actually a single solid mass. Similarly, each row of "teeth" is actually an unbroken white ridge. Overall, Tommy Taffy resembles a man-sized Ken doll.

Tommy Taffy seems like a polite, sophisticated and nice creature at first. But is later shown to be a ruthless, sadistic, malicious and twisted being who completely lacks any sympathy or empathy for other living beings. He shows his sadistic side when he repeatedly psychologically and physically abuses every member of Matt's family. Tommy just says he's trying to teach them lessons to be a good family. If they behave in Tommy's nearly unreachable standards they won't be punished. But if they commit just the smallest mistake or go against him, he punishes them in different ways.

He is also a perverted pedophile. That's evident when Matt reads a playboy magazine and gets an erection. Tommy comes inside the room and sexually harasses Matt by grabbing on to his crotch and kissing and touching him against his will, and when he implicitly rapes Stephanie. Also Tommy is homicidal and have murdered many people.

Tommy is implied to be a supernatural being who has vastly powerful abilities including immortality, invulnerability, being on multiple locations at the same time and almost having omniscient skills.

It's implied that Tommy have done all those things against Matt's family many times before. All around Tommy is described as a purely evil entity that enjoys and thrives on the suffering and misery of others.

Tommy Taffy is an inhuman supernatural being with a variety of paranormal powers. Most obviously, he can be in multiple places at once, a power he generally uses to occupy several homes in a neighborhood at the same time. The extent and limitations of this ability are unclear.

Tommy is also immortal and nearly invincible. Most injuries simply punch harmless holes through his body, and only total destruction of his body - such as by burning - has any effect. Even then, he will soon return unhurt. The only way to truly hurt him is to end the family line he is targeting by killing all of the children of that family. Once this is done, Tommy is vulnerable to genuine harm and can be killed by conventional means. Tommy bleeds yellow when genuinely hurt - otherwise, his wounds are simply empty holes.

Offensively, Tommy seems to have a degree of superhuman strength. He easily overpowers men his size, and he can break bone and tear flesh with his bare hands. However, large groups of people can still overpower and restrain him. 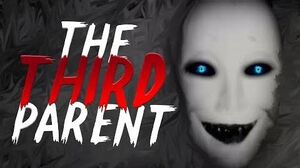 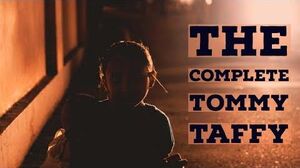