Useless Animals (by Lucy along with his gang)

Tomohiro (in the English credits)

Command over his minions

Bullying Lucy for her dicloniī traits.

Bully Lucy (succeeded until his death).

Drive Lucy to her breaking point by killing her puppy (succeeded, at the cost of his own life).

Tomoo is a minor, yet important antagonist in the anime and manga series Elfen Lied. He served as an important catalyst that ultimately turned Lucy into a homicidal maniac, and he's also the reason for her deep hatred towards humanity as well as the cause of many innocent people's deaths at her hands in the future. He made his first appearance in the eighth episode of the anime, and the 32 chapter of the manga.

In the English dubbed version of the anime, he was voiced by Chris Patton, who also voiced Greed in Fullmetal Alchemist and Turles in The Tree of Might. In the original Japanese version, he was voiced by Reiko Takagi.

From his infamous one-shot debut, Tomoo had quickly transitioned from a spiteful bully, to what could only be described as a remorseless and full-blown sadist.

Despite his young age, this boy seemed to be quite sadistic, at least towards young Lucy. He showed a shockingly depraved indifference towards the idea of harming and killing the puppy he and his friends caught, and noted that they could harm Lucy far more effectively through doing so. Whether this was in his mind 'allowed' (or if he thought he would escape without repercussions) because his target wasn't a human, or whether he was any different towards anyone else is never shown. While harming and torturing small animals can be indicative of certain mental disorders in children, Tomoo did not live long enough to be certain of anything, so one was left to theorize as to why or how this child could have been so twisted.

Tomoo presumably had some level of charisma, at least amongst the weak and alienated, as two nameless boys followed his every command, with the orphanage girl also being implicated as his accomplice, though another possibility is that they just followed him so he would not bully them. In his final moments, Tomoo only had mere seconds of horror to witness the evil he had brought into fruition.

Tomoo has short, black shaggy hair. He has blue eyes, and his mouth often showed a wicked smile. His outfit is a purple short sleeved hoodie, dark purple shorts, and black socks.

Tomoo was an eleven year old boy. He was the ringleader of a group of nameless bullies, and his favorite victim was Lucy. Tomoo and his acquaintances taunted her because of the small horns on her head, and then bullied her further when she shut down emotionally in order to deal with the pain they caused her. Tomoo at times seemed concerned about the staff finding out what he was doing, yet he may have been taking some of his cues from the staff, who seemed to despise young Lucy/Kaede just as much as Tomoo himself did.

One day, Lucy met a young girl at the orphanage who warned Tomoo off by threatening to call a teacher. It's unknown if she befriended Kaede because she genuinely felt sorry for her, or if Tomoo set her up to gain Kaede's confidence. Evidence exists in both directions concerning this. Whatever truly happened, the girl told Tomoo and his gang that Kaede had a puppy that she was taking care of, which they found and caught, presenting it to Lucy the very next day. Tomoo teased Lucy about the puppy, then proceeded to throw it hard against the wall. Grabbing a vase (a rock in the manga), he then beat the dog to death, continuing to do so until it stopped moving. Tomoo expressed mock-regret that the dog hadn't lasted longer. With this brutality and the possible betrayal of her trust by the girl, Kaede finally had enough. Enraged, she released hidden powers, a series of invisible telekinetic arms called vectors, tearing all four children present in the cantine to pieces. Tomoo was the last one to be attacked and was thus surprised by the horror that he and his minions had unleashed just before Lucy killed him.

Later on, the teachers of the orphanage found the corpses of Tomoo, his henchboys and the girl and reported to the authorities. However, as they didn't find any trace from Lucy, they assumed that a killer had sneaked into the orphanage, killed Tomoo along with his friends and kidnapped Lucy. By supplying a picture of Lucy, this allowed Director Kakuzawa and Professor Kakuzawa to become aware of Lucy's existence.

The influence that Tomoo had on Lucy continued even after he had died, sometimes appearing to her as a taunting headless specter during hallucinations in her mind as she lived on. Her actions after this remain her own responsibility, and her alienation within the orphanage had already set a bitter seed in her young soul. Yet even though his killing of the pup was, so to speak, the trigger and not the gunpowder, without his focus on hurting Kaede, she might have never turned into the cruel monster she became as Lucy. 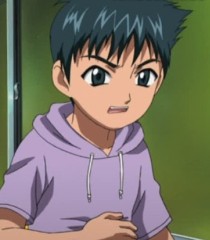 Tomoo mocks Kaede since she was a "smart aleck" despite her inhuman nature before he shows to her the puppy she was taking care of. 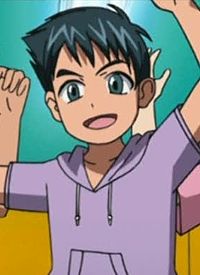 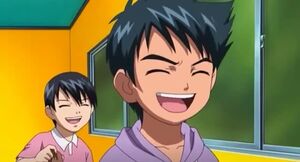 Tomoo laughs evilly after his companions defend him from Kaede just minutes before his death. 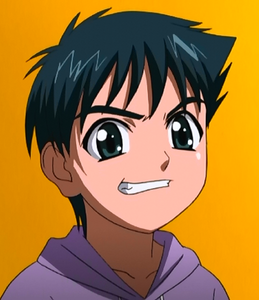 Tomoo's evil grin just before reveling that he had found Kaede's puppy. 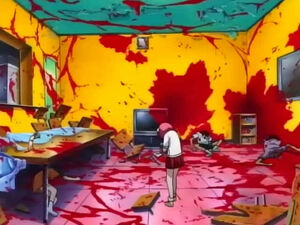 Tomoo's gruesome demise after his actions had gone too far. 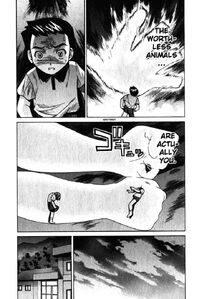 Tomoo's uncut death as seen in the manga. Note that his head is actually cut off by the diclonial vector here. 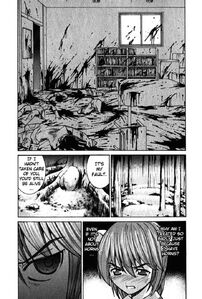 Tomoo and his buddies' mutilated corpses after Lucy attacked and killed them in the manga.