The Last: Naruto the Movie

Member of the Ōtsutsuki‎‎ Clan

Dislodging the Moon from orbit

Planning his next step in destroying humanity

Suffering headaches from his overuse of chakra

Exterminate mankind by using the Moon to destroy Earth.

Take Hinata away and make her his bride (both failed).
Atone for his sins.

Toneri Ōtsutsuki is the main antagonist of The Last: Naruto the Movie. He is a descendant of Hamura Ōtsutsuki, specifically the last survivor of the branch family established on the moon. Misinterpreting his ancestor last decree, Toneri judged humanity unworthy of existing and sought out to cleanse the world in his image.

To do this, he kidnapped Hanabi, stole her eyes and implanted them into his own sockets, evolving them into the Tenseigan as their power could be used to plummet the moon to Earth. He later kidnapped Hanabi's sister, Hinata, wishing her to be his bride. Fortunately, his plans of global destruction were averted by Naruto and his team, consisting of Sai, Shikamaru, Sakura and Hinata herself. Toneri later discovers Hamura's true last will and, seeking atonement, vowed to watch over the planet, protecting it from the main family of the Ōtsutsuki clan.

Toneri is a young man with pale skin, shaggy white hair, and ice blue eyes. He dresses in a white ceremonial kimono with a yellow sash tied over his right shoulder. On the back of his kimono is a crest depicting a sun enclosed in a crescent moon.

Beneath his robes, he wears battle attire, including black fingerless gloves and sandals. Six magatama designs are tattooed on his chest, resembling the necklace worn by Hagoromo.

It is stated that he held a hatred for humanity for abusing chakra and using it in wars. As such, he desired to exterminate mankind by dropping the Moon onto the Earth like a meteor and obliterating the planet in the process. He was obsessed with Hinata and wished to make her his bride, as a result of having very little knowledge and understanding of what love really was since he grew up in isolation without human contact.

After being defeated by Naruto Uzumaki and learning that Hamura never wanted to destroy the world, Toneri expressed sincere regret in his actions. Wishing to atone for his sins, he decided that the Moon would never again approach Earth and, as a result, chose to live alone on the Moon in peace. Even years later, while staying away from Earth, he continued to watch over it, seeking to keep the peace for the planet itself.

During Konoha's winter festival, a group of mysterious ninja's attack the town. The ninja's are controlled by Toneri Ōtsutsuki‎‎, who wants to punish mankind for abusing chakra in wars by dropping the Moon onto the Earth. He proceeds to kidnap Hanabi and when Naruto, Hinata, Sakura, Sai, and Shikamaru are deployed to bring her back, he kidnaps Hinata, who he wants to marry, as well. Now everyone is pressed to find and save Hanabi and Hinata and stop the Earth from being destroyed.

He had a mental breakdown during his fight with Naruto. After he was defeated by Naruto, who was able to save him after he turning into a huge white mass as a result of absorbing too much chakra, Hinata took him to the place where she met his ancestor's spirit. After learning the real truth that Hamura's will was never to destroy the Earth, Toneri chose to remain on the Moon to atone for his sins, declining Naruto and Hinata's invitation to come live on Earth, but assuring them that the Moon will never again approach the Earth. Naruto and Hinata never saw Toneri again.

A few years later, Toneri stops having a romantic obsession for Hinata, and keeps living on the moon in isolation. Eventually, he decides to stand vigil over the Earth as a solitary guardian, until Urashiki Ōtsutsuki uses Palace of the Dragon King to petrify him alive for 10,000 years.

Toneri is powerful enough to dislodge the Moon from orbit and even overwhelm Naruto; who helped defeat and seal away his ancestor, Kaguya Ōtsutsuki‎‎.

Despite his impressive feats, it should be taken into account that most of these feats come from temporarily possessing the Tenseigan eyes, which were arguably as powerful as the Rinnegan, leaving it up for speculation how powerful Toneri is without them. Years later, when confronted by Urashiki Otsutsuki, Toneri was quickly immobilised by his fellow clansman. 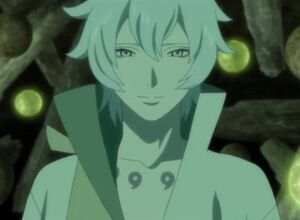 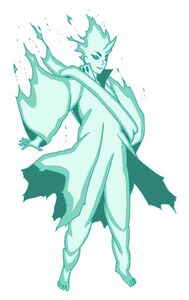 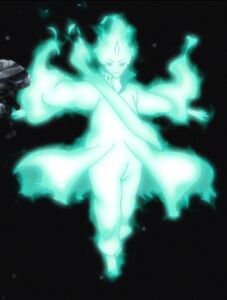 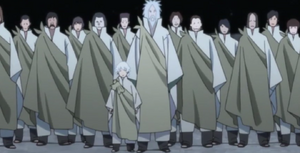 A child Toneri seen with his clan during his flashback. 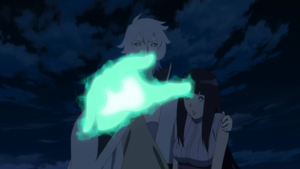 Toneri attacks Naruto as he takes Hinata away from him. 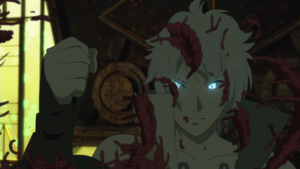 Toneri destroys the new scarf that was meant for Naruto. 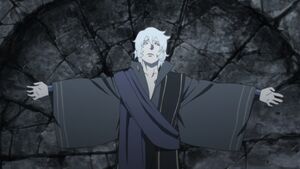 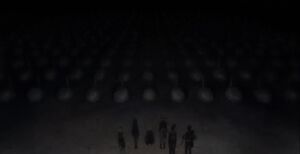 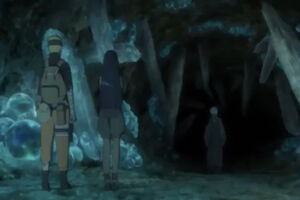 Toneri declines Naruto and Hinata's offer and chooses to watch over the planet as penance, 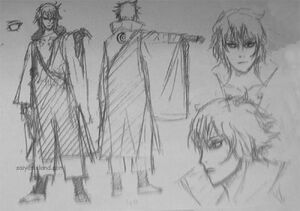 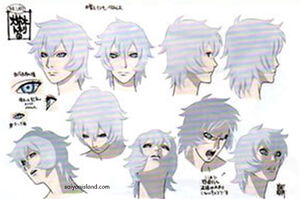 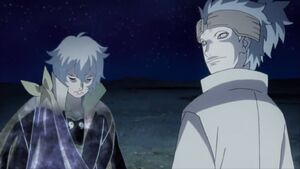