Please his wife by helping her kill women.

Take the blame for her crimes.

Tony Canardo is a supporting antagonist in the Criminal Minds episode "The Perfect Storm". He is the husband and submissive killing partner of serial killer Amber Canardo.

He was portrayed by Brad Rowe.

Born on December 3, 1970, Tony's mother was a drug addict who gave him up when he was four. She later got him back when she became clean but was incarcerated for prostitution when he was 11. After that, he bounced around under the care of Social Services, and was in and out of jail for petty crimes. After being released from his latest sentence, Tony met a woman named Amber Brooks, married her, and became her new submissive partner in the murders of young girls (Amber's first partner had died, possibly by her hand). During a stint in jail, he met Joey Davin, who would later, probably unknowingly, aid him and Amber in their murders by disposing of their victims' cars across state lines. He and Joey worked together at a car body shop until they were both fired; Tony because he had too much control over Joey and because he wasn't very competent.

Tony first comes on the BAU's radar after Joey commits suicide-by-cop when BAU agents question him. When IT specialist Penelope Garcia goes through prison records, she learns that the two were cellmates. When Agent Derek Morgan goes to talk to him outside his and Amber's home, Tony assaults him with a baseball bat, but is subdued. In custody, Tony remains defensive when questioned by Supervisory Agent Aaron Hotchner (who, along with the rest of the BAU, believe him to be the leader and Joey to have been the submissive) and denies killing anyone, not denying that Joey was involved. They send Amber, who has feigned being physically abused by Tony, to the room to get him to talk. Inside, they subtextually argue about the murders and the fact that Tony was only part of the latter ones (Amber had her current boyfriend aid her in the killings before she met and married Tony). On her instruction, he falsely tells the team about a storage space to which Joey allegedly brought the victims.

While Hotchner and Morgan go to the storage space, Amber leaves to finish off their last victim. When Agent Elle Greenaway goes through Tony's background, she is surprised that he is the dominant one. BAU Supervisor Jason Gideon and Agent Spencer Reid go through video footage of Amber talking to Tony and the way he watches the crime scene photos. Their suspicions are confirmed when Garcia calls, having separated the audio on one of their torture videos, and tells them that Amber can be heard giving Tony instructions and verbally abusing the victim. Gideon confronts Tony, who initially remains adamant that he and Joey are the killers. He caves when he learns that the DNA evidence proves that Amber had killed men before they met, and the fact that she is letting Tony take the fall for the murders and tells them about the cabin in the woods where they keep their victims. Tony then goes to prison for his involvement in the murders. 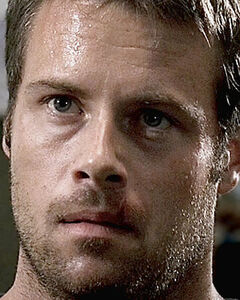 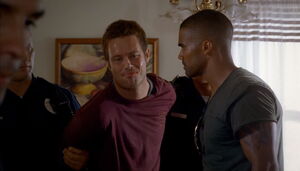