He first appeared as a central character in 2007 and went on to serve as the main antagonist throughout 2008-2009 before returning as a secondary antagonist in 2010. He is the overall big bad of the Tony Gordon Saga.

He was portrayed by Gray O'Brien, who also played Rickston Slade in the Doctor Who Christmas special Voyage of the Damned.

Tony arrived in Coronation Street as a client to the factory Underworld, but began a relationship with the boss Carla Connor and they later got engaged. A bully and manipulative, Tony went to extreme measures to get his own way especially when related to business, including throwing an old man out of his home who had suffered a stroke, and also killed Carla's lover Liam Connor in an organized hit and run in fear she would leave him for Liam.

They had later got married after she had got over Liam's death. On Christmas, he attempted to kill the old man he evicted, Jed Stone, who attempted to Blackmail Tony for his crimes. But when Jed survived the murder attempt, Tony bribed him with money and moved him away to a new flat out of town, threatening Jed never to return. Tony later confessed his crimes to his wife when she was suspicious of him, causing her to flee town.

Tony began a relationship with Liam's widow Maria, and they got engaged. When Carla returned threatening to expose him, he attempted to have her killed, which caused her to leave town once again. Tony later suffered a heart attack and confessed his crimes to local cafe owner Roy Cropper, and attempted to throw him in the canal later on, but had a change of heart and saved him. Tony handed himself into the police and confessed to killing Liam, and was sentenced to life in prison. However several months later, he broke out with the aid of his cellmate Robbie Sloan, and held Carla and Roy's wife Hayley hostage in the factory at gunpoint. He shot his cellmate, before covering the factory in gasoline. He released Hayley, and planned for him and and Carla to die together. But Carla got untied, and shot Tony in the shoulder with his gun before escaping the blazing factory. However, Tony remained behind and perished in the fire. 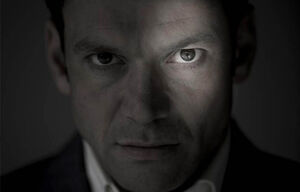 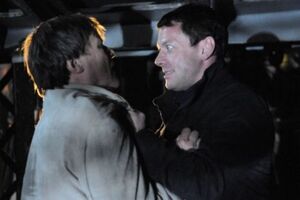 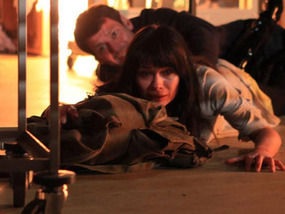 Tony attempts to kill Carla during the Underworld siege.