NOTE: This article is about the incarnation of Tony Twist from the HBO series. The mainstream version can be found here: Tony Twist.

Have Spawn killed for murdering his mobsters.

Help Wynn find and bring Spawn to him (both failed).

Antonio Twistelli, also known as Tony Twist, is a major antagonist in the first season of the 1997 HBO series, Todd McFarlane's Spawn. He is an Italian mafia boss who assists Jason Wynn to hunt down Spawn for killing his mobsters and stealing Wynn's weapons.

He was voiced by James Keane.

Like in the comics, he is a very large man with slick black hair who wears sunglasses and missing a finger on his left hand. He also wears a black business suit with a pink shirt and a yellow tie.

Twist has an incredibly short-tempered and tantrums whenever something bad happens, even yelling at his own henchmen. He is shown to be aware of how dangerous Spawn can be after finding out he killed Overkill and threatens him.

Twist is first seen talking to Jason Wynn on the phone about how three of his mobsters were killed by Spawn. Tony accuses Wynn of this since the kill was to clean. Wynn denies any involvement but tells Tony to inform him when they find Spawn.

Twist sends more mobsters to the alleys and tried to find the killer by threatening and killing the bums. Fortunately, Spawn shows up, killed the mobsters and leaves one wounded from gunshots, and orders him to tell his boss the alleys are now under the control of Spawn.

Later at midnight, Twist wakes and gets a call about what happened to his men. Infuriated, Twist then decides to call in his ringer, Overkill. Twist's limo drives by the crime scene where is investigated by Sam Burke and Twitch Williams about more of Twist's men's murder, Twist gets a phone about Overkill's arrival.

In the daytime, Twist is seen in his office and meets Overkill, instructing him to take out the man who took out his mobster. Before leaving, Overkill tells Twist he'll be keeping the heart for "dinner".

In the parking garage, Twist walks down to his car and yells at his men to find and bring Overkill to him. As one of his opens the car, the pieces of Overkill fail out. Spawn appears on top of the car and wounded the guards. Twist realizes that Spawn was the guy killing his men. Spawn then threatens Twist to never come to the alleys and he works for him. After Spawn leaves, Twist grabs the gun and fires right at him, but fails due to the man in the cloak disappearing, causing Twist to angrily throw the gun.

The morning, Twist pulls into an abandoned junkyard to meet with a man named Castellano. Twist orders him to go to Rome to tell him that they are sorry about What happened to Overkill.

In Twist's home, Chapel kills the women that Twist was sleeping with and Wynn walks in and said he didn't want any witnesses. Wynn wants him to find Spawn and in exchange, he will help protect him from Rome. Wynn gives Twist a package and is horrified when he discovers Castellano's head inside with a note stating that Rome is not happy.

Later, Wynn calls Twist to found the man in the red cloak in the alleys and orders Chapel to kill Spawn once Twist finds him.

After Cyan gets kidnap by Billy Kincaid, Twist packs his clothes and gun in a suitcase and has a plane ready to leave the city to avoid being killed by Wynn. However, Spawn stops by and threatens Him by hanging him out the window of a high-rise building. Twist tells Spawn that Cyan was stolen by some freak in an ice-cream truck. It is unknown what happened to Twist afterward. 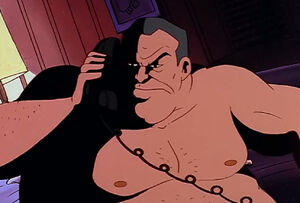 Tony getting a call about Spawn. 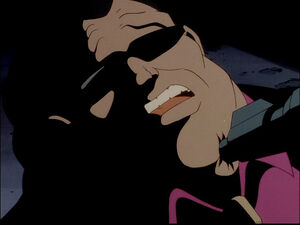 Tony being threatened by Spawn. 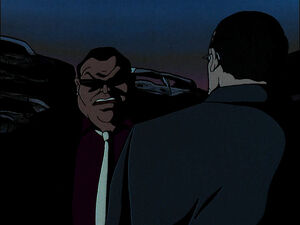 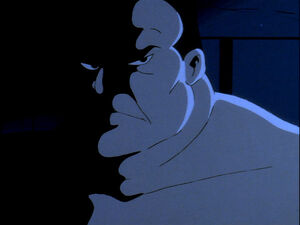 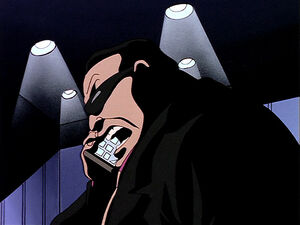 Tony in his final moments. 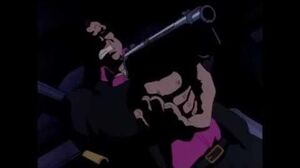 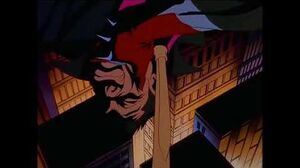