Wipe out the Grayson Family

Anthony "Tony" Zucco is a minor antagonist of the Batman franchise, yet a major antagonist towards Robin with most versions having him be his parent's killer. Tony was introduced in Detective Comics #38 (April 1940) and is best known for his connections to the origin of the first Robin, being the gangster who killed his family.

All Star Batman and Robin

In Frank Miller's All Star Batman and Robin the Boy Wonder, Grayson's parents are killed by a low-level hitman called "Jocko-boy" Vanzetti. Throughout the early issues, he is toyed with and brutalized by Batman (even coating his batarangs with snake poison). Later, he is brought to the Batcave, to be tortured and interrogated by Dick Grayson (at one point with an axe) while Batman looks on. During this period, he reveals that the Joker ordered the hit. Afterwards, he is thrown into Gotham Bay with his hands tied behind his back.

Tony Zucco appeared as the main villain in the Batman: The Animated Series episode "Robin's Reckoning; Part 1 and 2". He was voiced by Thomas F. Wilson. He is introduced as a small-time gangster who attempted to sell "protection" to Mr. Haly, the ringmaster of Haly's Circus, where the young Dick Grayson performed as an acrobat with his parents, John and Mary. When Haly refused, Zucco swore revenge. He sabotaged the highwire the Flying Graysons used in their trapeze act, resulting in John and Mary Grayson's deaths and making their son Dick an orphan.

Tony Zucco starts off as a young man eager to make a name for himself in the racketeering business, as well as with the mob. On the side he strong arms companies to pay him protection money. As in the comics, he threatens Haley's Circus, and kills Dick Grayson's parents. Zucco's brashness infuriates his uncle, mob boss Arnold Stromwell, who disowns him after Batman's visit to his house.

Bruce Wayne decided to adopts the young Grayson. Grayson wanted to after Zucco with a vengeance. After a couple of brief run-ins with Batman, Zucco escapes and hides out in an abandoned amusement park on the edge of Gotham. Nine years later, Batman and Robin apprehend one of Zucco's henchman, and learn that the mobster has returned to the city.

Batman tries to handle it on his own, not wanting Robin to get involved in it. Upset at Batman's orders, Robin goes after Zucco anyway, despite Alfred's protests. Batman goes to the amusement park and finds Zucco, but injures his leg, and is forced to fight the henchmen with his injury. Batman defeats everyone but Zucco, who stands over Batman with a machine gun once his henchmen are defeated, but Robin shows up on his motorcycle and drags Zucco to the edge of a pier. Batman comes up behind them, and manages to calm Robin down. Robin apologizes to Batman, and throws Zucco back onto the pier. After this fight with Batman and Robin, Zucco is arrested and convicted of murder. Batman explains that he distanced Robin from the investigation because he didn't want Zucco to hurt him any more. Zucco went to prison and was executed for the Graysons' murder. 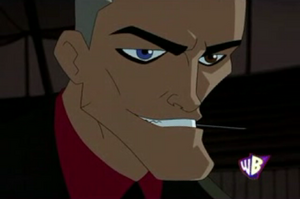 Tony Zucco appears in The Batman episode "A Matter of Family", which introduced Dick Grayson/Robin into that series. In this version, Zucco has three brothers who act as his underlings and acts as Gotham's Mafia Don. They are all involved in circus acts. His brothers are a strong man (referred to in the credits as Bruiser), a lion tamer, and a juggler. Zucco's skill is knife-throwing. In his childhood he works in the circus as part of a knife-throwing duo with his father, with Zucco throwing the knives while his father is bound to the giant target. One night, he misses, killing his father.

When John Grayson appears in the tent near the Grayson's trailer and Zucco offers protection money, John refuses. John Grayson is attacked by Zucco's brothers. Dick calls the police minutes after Zucco first appears in their big top tent; the call is intercepted by Batman, who quickly takes Zucco and his brothers down, allowing the police to take the "Lion Tamer" away while Zucco and the other two brothers escape. Swearing revenge on Batman and the Graysons for the loss of his brother, Zucco murders Dick's mother and father by removing two nuts from the railings of the Graysons' trapeze act. After the Graysons' murder, Batman corners every one of Zucco's brothers until he learns their boss' whereabouts, which turns out to be Haley's Circus. When Zucco knocks out Batman at Haley's Circus, he straps the Dark Knight to a knife-throwing wheel and recounts his childhood in the circus. Dick arrives in his Robin costume just in time and battles him long enough for Batman to free himself. At one point Dick has the chance to enact revenge on Zucco for the murder of his parents when Zucco falls from the same platform as the Flying Graysons. Dick chooses to spare Zucco, who is then arrested.

In The Batman, he is voiced by Mark Hamill, who famously provided the voice for another Batman villain - The Joker in Batman: The Animated Series.

Tony Zucco appears in the episode "Jason Todd", played by Richard Zepperi. Like other version, he is responsible for the deaths of John and Mary Grayson. In retaliation, Dick, unable to get past this, allows Zucco to be killed by Salvatore Maroni's enforcers, since Zucco was about to testify against Maroni in exchange for parole. 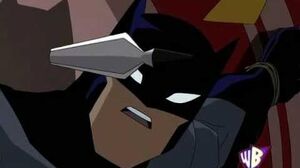 The Batman-Batman and Robin vs. Tony Zucco