Have puppets conform to his opinion on time or be punished (failed).

Torture
Murder (in a show only)

Throughout the episode, he attempted to teach the other puppets the importance of time, and that they should try to devote themselves to following his schedule. However, much like the first episode, things go horribly wrong, and after he teaches the puppets about time, the characters become decadent with life.

He was voiced by Baker Terry.

The video begins with Red Guy, Duck Puppet and Yellow Puppet sitting down to watch their favorite television show. Red Guy notified the other two that they only had five minutes until their show came on, while Duck Puppet insisted that it wasn't enough time. Tony then comes to life to prove Duck Puppet's statement on the lack of time wrong. Tony then sings a song based on time, and takes them on a journey through time.

During the journey, he forces the other puppets to go into uncomfortable situations that they didn't want to do, such as taking a bath, even though they were still clean and not allowing them to do anything considered fun, such as building a tower of cards, or watching their program on television stating that there was a time and a place for that. He also strapped them and Yellow Guy's father to devices that forced them to listen to what he had to say. When the puppets started to ponder the true concept of time (Such as the idea of time as nothing but an illusion created by human perception), Tony immediately began to buzz very loudly which also caused Yellow Guy's ears to bleed.

He then noted how appearances tended to change when time accelerated. After he said this, the puppets and Red Guy began to age incredibly rapidly, to the point where they were rotting alive. When Yellow Guy begged for Tony to stop the nightmare, Tony said that he could not because it was out of his hands, but reassured them that they would probably be alright and that everyone's time would eventually be up.

He however seemed to not be real, as it is revealed that everything was just on the TV, which the puppets were watching. There is during this scene however, an eyeball on the floor, and the picture depicting the three friends changed to the picture of the future, possibly meaning that this scene is the future, compared to the beginning of the video.

Tony's final appearance is in the sixth episode, albeit as a cameo. While the Red Guy was fumbling with the machine, the lamp morphs into the Clock. He attempts to sing the song from the second video, but the Yellow Guy chews him out for murdering him.

Tony is a black clock with a blue face and four lines to indicate the 3, 6, 9 and 12 on a clock. He has a yellow bowtie on the bottom of the clock part, which seems to disappear multiple times in the video. He's significantly bigger than the Sketchbook and his arms have white gloves at the end. The middle of the hour-hand and minute-hand seems to be creating a nose, with the two hands forming a moustache. He has yellow socks and orange shoes. His arms and legs are very long, and seem to be controlled by strings attached to them.

He likes explaining time and telling the characters how they should spend their time. He often interrupts or insults the puppets when they try to argue with him, for example, when he gets offended after they question the existence of time and makes the Yellow Puppet's ears bleed with an extremely loud beep.

Tony seems to be more of the strict routines. It has to go the way he likes it. As seen when he interrupted the gangs debate by sounding his alarm and screaming "Meh!" multiple times and shortly after that "kills" the puppets to prevent further debates. He also doesn't care what anyone has to say, like when Duck Puppet says, "What do you mean, we're already clean!" in which Tony responds with, "Scrub, scrub, scrub, til' the water's brown!".

He is very enthusiastic about the future and technology, often telling the main characters all the amazing things they could do and how "cool" the future is, though there is always a time and a place for "mucking around". He also doesn't seem to like when people try to have fun, regarding it as a waste of time and thinking it needs to be put to more important use. He seems to be very narcissistic as he keeps going on about how time is important.

The most common interpretation of the video is that the Clock was trying to teach the audience that life was short, and that they should make the best of their limited time. Tony refuses to allow petty childish games, as he finds those to be a waste of time.

However, much like with Sketchbook, is ultimately hypocritical and subversive: he initiates the song as means to have the other puppets not worry about time, but as the song goes on he begins to emphasize the importance of time as means to control them in progressively less subtle ways, culminating when Green Bird wonders if time is just an illusion, which prompts him to beep until their ears bleed and then horrifically using time to decay them and traumatize them into submission.

Thus, Tony the Clock may represent how the illusion of time enslaves humanity, a notion that evolved to bring order to the daily routine suddenly becoming oppressive and manipulative. In the first video, the Sketchbook believes that "green is not a creative colour". In this video two lines could possibly reference that:

This could possibly mean that Tony hates the colour green as well, because instead of finishing the line rhyming with the Duck's line "clean", he went out of the way of saying "green" by saying something that doesn't rhyme: brown. 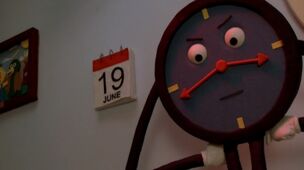 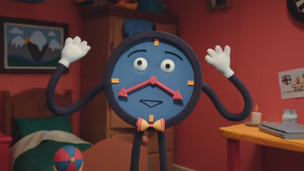 Tony's appearance in the sixth episode (and the original thumbnail for the video). 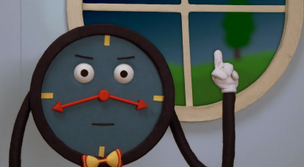 Tony watching the puppets age and die because they angered him by discussing the properties of time. 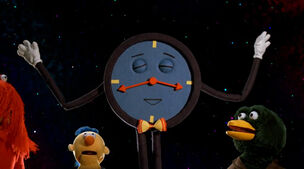 "Let's go on a journey, a journey through time! A Time that's changing all the time It's time to go to Time!" 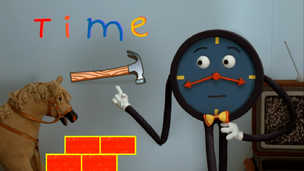 "Time is a tool you can put on the wall or wear it on your wrist." 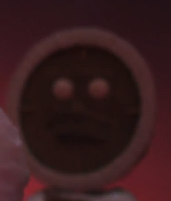 A character often mistaken as Tony, even tough his color scheme is completely different. 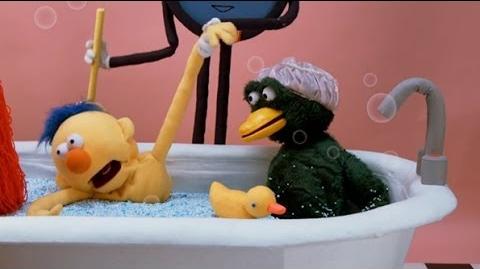 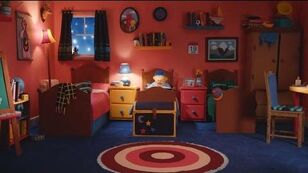