In the film adaptation, Top Dollar is a mobster who controls Detroit’s street gangs, along with his half-sister and lover Myca. Every year on Devil’s Night, his men loot and rob the city, setting several buildings on fire to intimidate law enforcement.

He is responsible for the deaths of both Eric Draven and his girlfriend, Shelly Webster. When Shelly started a petition to fight unjust tenant eviction in a building Top Dollar owned, he sent a gang of his men to rape her and drive her out of her house on Devil’s Night. Unfortunately, Eric came home that night as they were raping her, which resulted in both of them getting killed.

One year later, a mysterious crow brings Eric back to life, and he sets about avenge his and Shelley's death by killing the men responsible. He eliminates Top Dollar’s lieutenants until there was only one left — a low-level minion named Skank. When Eric leaves one of his henchmen, Gideon, alive as a message, he informs Top Dollar that his store was destroyed by a man with a big bird who referred to himself as Eric Draven. Top Dollar is skeptical, but ultimately kills Gideon due to his sarcastic and disrespectful behavior towards him and Myca by driving a sword through his throat.

Grange kidnaps Eric and Shelly’s friend and surrogate daughter Sarah when she leaves the cemetery and takes her to the abandoned church (where Top Dollar and Myca are hiding out), forcing Eric back into action to rescue her. After Grange and Myca’s deaths, Eric ends up fighting Top Dollar on the roof of the church. 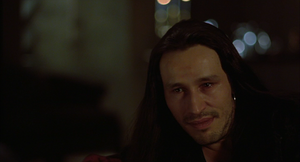 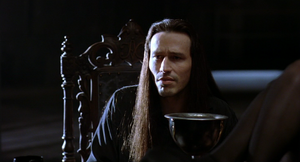 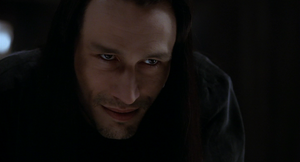 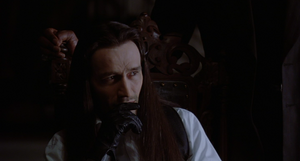 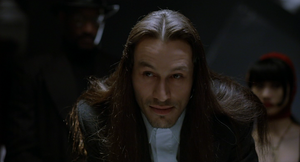 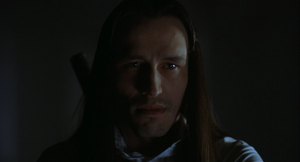 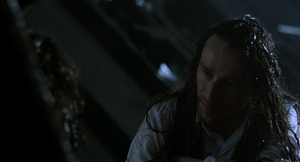 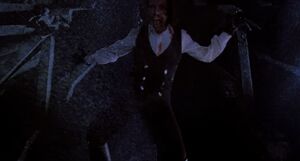 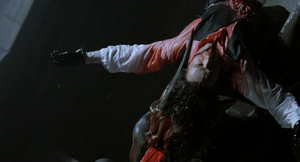 Top Dollar's body is impaled on the horns of a gargoyle
Add a photo to this gallery
Retrieved from "https://villains.fandom.com/wiki/Top_Dollar?oldid=2905698"
Community content is available under CC-BY-SA unless otherwise noted.
FandomShop DC Trivia GalaxyQuest