Owners of the cheese factory

Making rodents work at the factory.

Continue ownership of the cheese factory.

Mr. Toplofty and Mr. O'Bloat are two major antagonists in the direct-to-video film An American Tail: The Treasure of Manhattan Island. They are the corrupt owners of the cheese factory who serve as second in command to Mr. Grasping.

Mr. Grasping, Mr. Toplofty and Mr. O'Bloat were first seen in the factory when Papa Mousekewitz goes to work with Tony. They nearly fire Tony because he was late, while Mr. Toplofty convinces Papa and brands him as a troublemaker and so the factory owners sends Chief McBrusque, an assistant of Dr. Dithering to keep an eye on Papa, while sending Scuttlebutt to spy on Dr. Dithering to see if the good doctor has anything in his collection of treasures that could be of any use to them.

They were laughing with McBrusque over how they pay him to violently beat the immigrants. Scuttlebutt is revealed to be on the trio's payroll and tells the trio of a treasure map because he overheard Fievel and Tony discussing the train tunnel. Later, a riot goes on because of how Grasping, Toplofty, and O'Bloat force the mouse workers in the cheese factory work 3 times harder for the same pay.

Eventually, Fievel and co. discover a Lenape tribe of American Indians below a tunnel in NYC. The chief sends his daughter Cholena to explore the outside world with Fievel & co.. The factory owners had caught wind of this and were immediately panicked. However, they come up with an idea: portray the Lenape Indians as enemies of both the workers and themselves to trick the workers into forgetting about work issues. They sing "Friends of the Working Mouse" about making the workers their slaves so they can rule like tyrants.

Mr. Grasping, Mr. Toplofty, and Mr. O'Bloat stir up fear in the workers about the Native Americans, leading to a demonstration. Dr. Dithering is almost executed, while Papa announces that the Native Americans are the innocents and the factory owners were the enemies, Toplofty was furious and blames Mr. Grasping for making everyone hate them (presumably for lying that Mousekewitz was a foreigner and not one of them, when in reality they were all foreigners) and O'Bloat seems to be scared as he thinks that they are savages who are going to invade them.

In the end, Papa forms a worker's union. They were forced to agree with Papa or go bankrupt once the workers stopped working for them. Both, while taking it a bit better than Grasping, were clearly upset over this new development.

Mr. Toplofty and O'Bloat's personalities are similar to Mr. Grasping, but the former is more convincing whereas the latter is more cowardly and dimwitted. They show no care for one another and are disgusting, smug and greedy. Mr. Toplofty, for example, blamed Mr. Grasping for making the workers hate them instead of holding himself accountable. Mr. O'Bloat is more humorous than the other two, but he still happily goes along with the horrible crimes committed. An example would be when he gleefully broke the news that because of the increasing success of the factory, the workers must "tripe their output." O'Bloat, despite not being overweight like his name suggests, also spends a lot of time eating chesse as seen in the opening. He, like Mr. Toplofty, is willing to question Grasping if he doesn't agree with his decisions.

Although not as openly sadistic as their leader, neither of them care about their workers and enjoy taking advantage of them. Toplofty for example, played a more active role in ensuring their scheme works out while O'Bloat grins whenever the workers are seen suffering. Furthermore, like with the other villains, they don't really fear the Natives. If anything they care more about making sure that they don't convince the workers to rebel against them. Thus, they are no better and equally as vile as their superior. 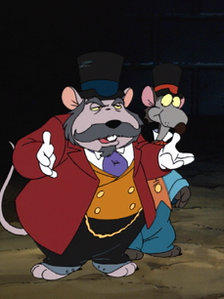 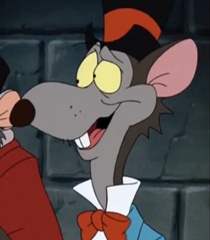 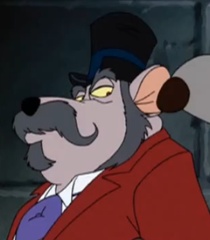 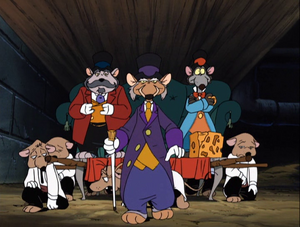 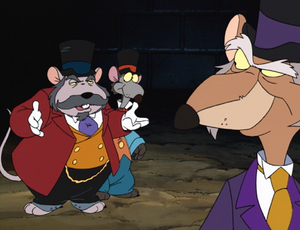 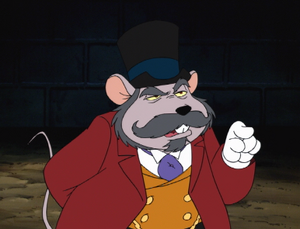 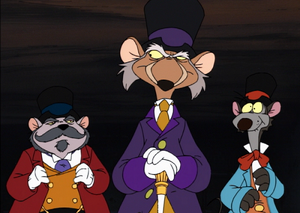 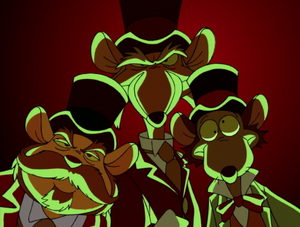 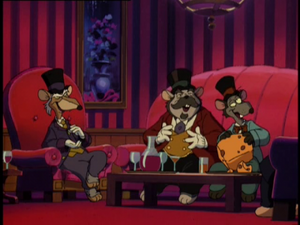 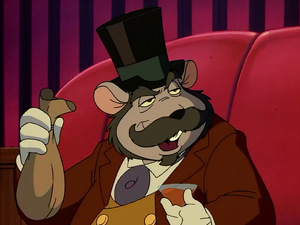 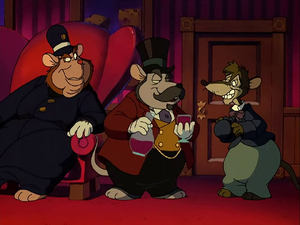 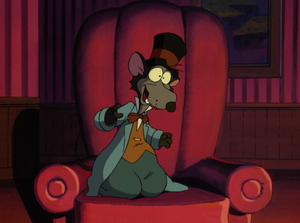 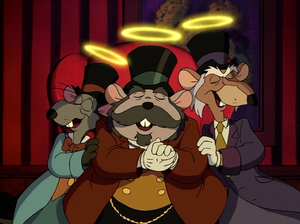 Friends of the Working Mouse. 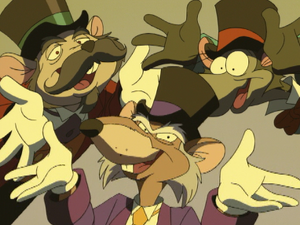 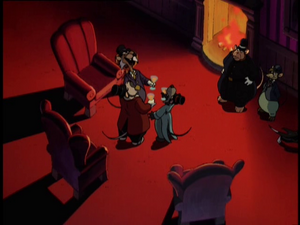 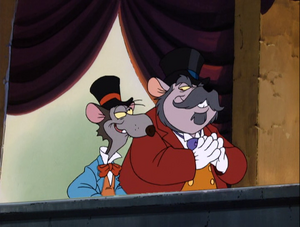 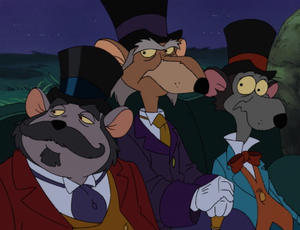 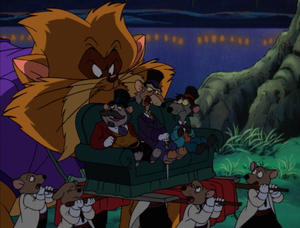 Grasping, Toplofty and O'Bloat's defeats.
Add a photo to this gallery

Retrieved from "https://villains.fandom.com/wiki/Toplofty_and_O%27Bloat?oldid=3757595"
Community content is available under CC-BY-SA unless otherwise noted.