Rampaging upon lands and cities.

Cause havoc wherever they go.

Tormentors are a violent species from Mortal Kombat franchise. They appear in cut scenes and backgrounds of certain arenas. Tormentors are gigantic humanoid horned beasts from Outworld. They are extremely tall and very powerful. Due to the size of their bodies, they can't be harmed by conventional weapons such as guns. Tormentors are also a part of Shao Kahn's military forces.

In Shao Kahn's coliseum, a Tormentor is chained to a pole. Several Tarkata struggle to tame it with sticks. Despite the Tormentor's size, it doesn't use brute force. Instead, it tries to attack the Tarkatans. During the entire tournament, it remains chained to it's pole.

The Tormentors submit to Rain in an alternative point of history. If he wins Mortal Kombat, he uses his new power to invade Earthrealm. The Tormentors are among an army of warriors who assist him. 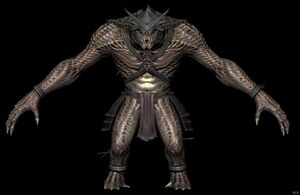 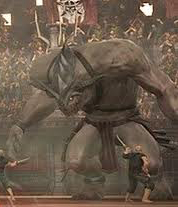 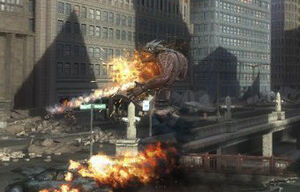 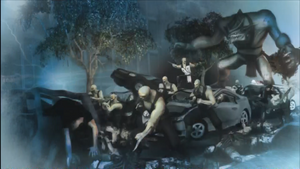 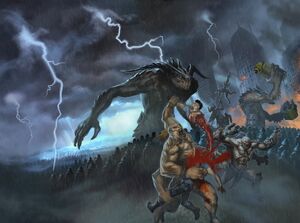 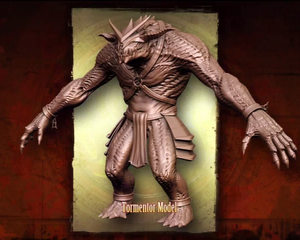 Retrieved from "https://villains.fandom.com/wiki/Tormentors?oldid=3418121"
Community content is available under CC-BY-SA unless otherwise noted.