Stalking other smaller dinosaurs and people.

Taking his revenge on Darius.

Kill anyone who stands in his way.

Kill Darius and the other campers as an act of vengeance (both failed).

He is an aggressive, vengeful Carnotaurus who intends to kill whoever stands in his way and his primary desire is to massacre the campers of Isla Nublar, making him their arch-nemesis.

Toro is one of the many dinosaurs cloned by Henry Wu under the instructions of Commander Vic Hoskins. He was intended to be used as a military weapon, much like the other massive carnivores. However, at some point in his life, he became so aggressive and had to be moved to a separate enclosure away from the guests.

The day after the campers arrived at Camp Cretaceous once it was opened, Toro stumbled upon and attacked Darius Bowman and Kenji Kon after they broke into his enclosure. The pair managed to buy themselves time by using Toro's inability to make sharp turns against him, causing the dinosaur to trip up, before escaping from the paddock through a feeding cage. While attempting to reach Darius and kill him, Toro ended up scraping his face on the metal of the cage, receiving a huge scar across his snout and resulting in him having a vendetta against Darius and Kenji.

Toro later encountered Darius and Kenji's group at the Mosasaurus Feeding Show. At first, he originally did not see them and was busy playing with a barrel until Brooklynn, Kenji, and Sammy collided into each other. However, he was quickly distracted by Darius throwing a rock. Once he lost interest in the rock, Toro began to sniff out the group as they were climbing the stairs to the park's monorail so they can escape in it. Unfortunately, Toro became alerted to their presence after the monorail's automated greeting played. He began to attack them, but kept tripping on the stairs, which eventually broke due to his huge size and weight, sending him plummeting to the ground and allowing the kids to escape. Toro soon recovered from his fall and returned to the Jurassic World Lagoon, scarring off two camp counsellors Dave and Roxie, who had arrived to look for the lost campers.

Later that night, Toro managed to find his way into the park's tunnel system, where he once again encountered and attacked Darius' group (except Ben Pincus and Bumpy the Ankylosaurus, with the former being presumed dead and the latter being lost), eventually losing them in some of the vents. Toro found them again after Darius and Yasmina Fadoula attempted to break a vent cover open, breaking through one behind them in an attempt to kill Brooklynn, although the group eventually escaped once they succeeded at breaking the cover in front of them. Toro quickly relocated them, however, and resumed his attack on the group. Although he successfully destroyed a trap set for him at first, he was however lured into another one using compressed air tanks and a taser to trigger an explosion, heavily scarring and burning Toro in the process. Once he had recovered enough to stand up, Toro angrily glared down at Darius before limping away in defeat, exposing him multiple scars and burn marks while he walks away in anguish.

It is revealed that somewhere after leaving the Jurassic World Lagoon but before entering the tunnel system, Toro encountered Ben and Bumpy and started chasing them, but they hid under a cliff and Toro abandoned the chase.

Days later, after being wounded in the tunnel system, Ben finds Toro and fights him in which the days on the park toughened him up. After a quick fight, Toro is about to kill Ben when Bumpy, now a young adult, arrives and the two friends fight Toro. They defeat him when he falls of a cliff. Once again, wounded but still alive, Toro angrily glared down before retreating. Later that day, Ben and Bumpy reunited with the rest of the campers.

Eventually, Mitch & Tiff get themselves stuck inside Toro's old paddock while they are trying to find the watering hole that Darius knows about, but Tiff kills a Baryonyx named Grim when the latter tries to attack her.

Toro is a large reddish-brown adult male Carnotaurus with black patterns and having a build common of his kind, except he has a stunted horn on the right side of his head. His most distinguishing feature is a large scar on his snout after scraping his face on the metal of a feeding cage during an attempt to catch Darius. By the end of the first season, he is covered in severe burns everywhere with the exception of his tail, giving him a darker coloration.

Toro is extremely aggressive, vengeful and obsessed with killing people and other smaller dinosaurs. He becomes even more ruthless after Darius escapes from him, thus injuring his snout while he is later scarred and disfigured. However, as much as Toro is aggressive, he is also somewhat a coward predator. He runs off from the Indominus rex and slowly retreats from the campers for survival. He also seems to hate Darius, the most out of the campers. 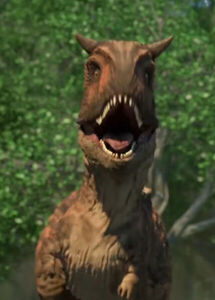 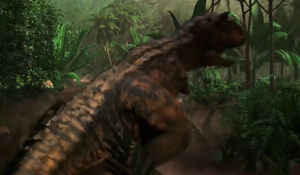 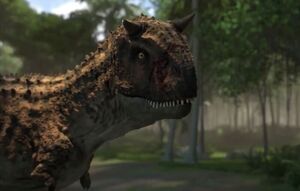 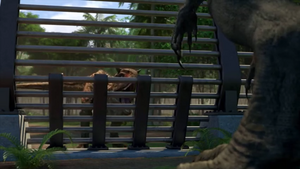 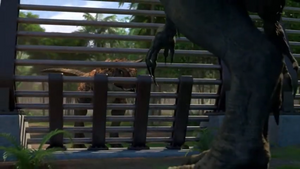 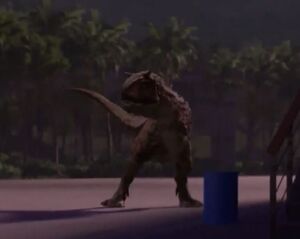 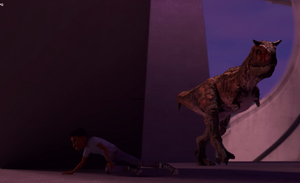 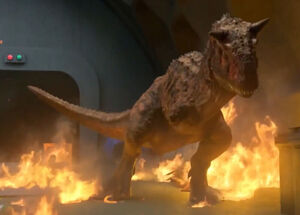 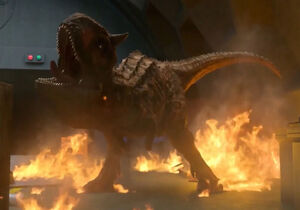 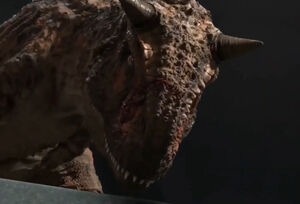 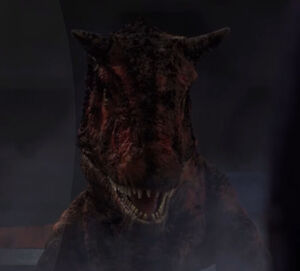 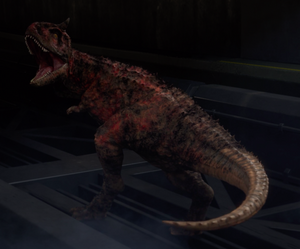 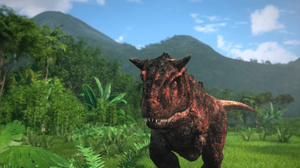 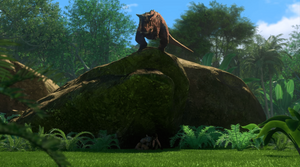 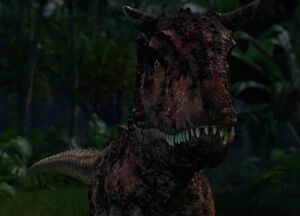 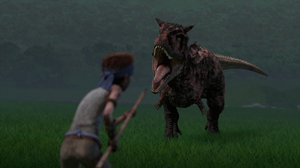 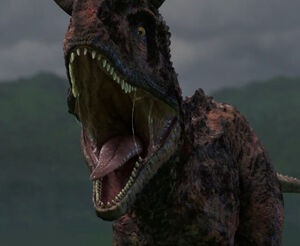 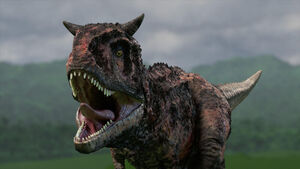 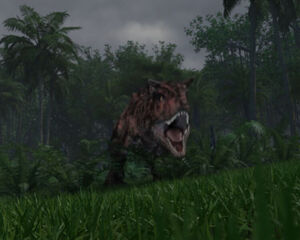 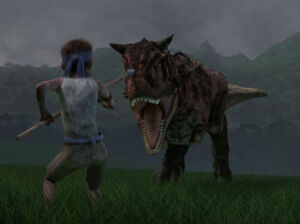 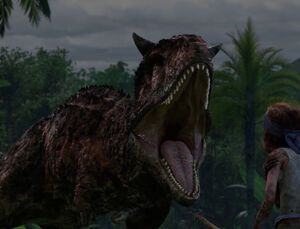 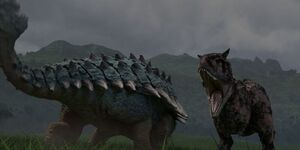 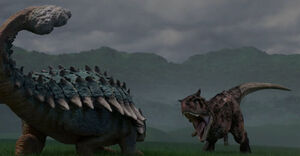 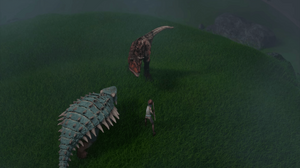 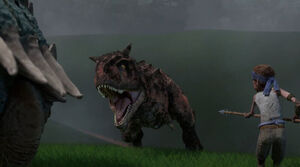 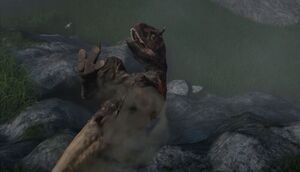 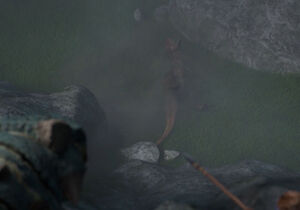 Retrieved from "https://villains.fandom.com/wiki/Toro_(Camp_Cretaceous)?oldid=4204731"
Community content is available under CC-BY-SA unless otherwise noted.