Trment and kill as many humans as possible.

Toshio Saeki Yamaga is the secondary antagonist in The Grudge series.

Toshio is the cursed soul of a dead boy and a child who was murdered by his father along with his mother, Kayako Saeki. This led to them becoming evil spirits. His mother then killed his father in revenge, leading to him becoming an evil spirit as well. The three of them then haunt and kill people.

In reboot series, Toshio Saeki becomes an onryo twice, unlike in the original series and American adaptation: Toshio's reboot incarnation started his life as a boy named Toshio Yamaha, who was killed by his own family, with his violent death causing him to return as an onryo who kills anyone who enters the house. His reign of terror over the house comes to halt upon founding the new owners of the house, the Saeki couple, troubled with the inability to conceive a child. Sensing Kayako's wish for a child, Toshio possessed her and caused her to become pregnant, with Toshio reincarnated into Toshio Saeki. His happy life comes to an end when he was killed by a brokenhearted Takeo, who, betrayed by Kayako's love, caused him to become an onryo again. 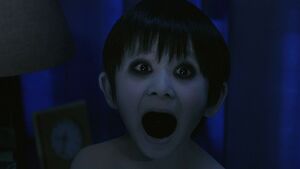 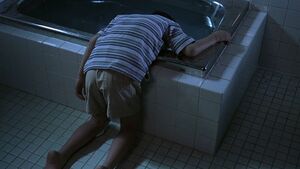 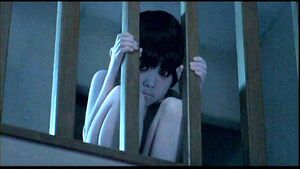