Get revenge on Shun.

Toshiya Miura, also known as the Orion Zodiarts, is an antagonist in Kamen Rider Fourze. He is one of the Zodiarts.

He was portrayed by Masanori Mizuno.

At some point, Miura made it into the school's American Football team, but Takato Daimonji had his son Shun, the captain of the team, demote him to equipment manager. Seeking revenge, Miura received a Zodiarts Switch to become the Orion Zodiarts from the Scorpion Zodiarts. He attempted to attack Shun for ruining his chance to play football but was defeated by Kamen Rider Fourze. Miura is then told by Gentaro that he didn't have to use violence.

Miura later spent time in a hospital and stopped coming to school out of guilt for the next few months, he stops filled with. The Kamen Rider Club and his girlfriend Mari Yamamoto request for him to come back but he declines, even after Shun apologizes to Miura. The Scorpion Zodiarts then tries to force him to become an Orion Zodiarts again, giving him with a new Zodiarts Switch that quickly enters its Last One state. When Fourze shows up, the Scorpion Zodiarts tells him to meet at the first place they met.

Miura accepts Scorpion's offer and tells Gentaro to leave him alone. However, after seeing Mari's photo of him Miura remembers his life before taking the Orion Switch and later refuses to accept a Switch from Scorpion. Enraged at Miura's refusal, Scorpion attempts to kill Miura but Fourze appears and defeats the Horoscope. The next day, Miura returns to school and joins Mari in the photography club. 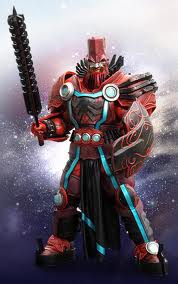 Orion Zodiarts
Add a photo to this gallery

Retrieved from "https://villains.fandom.com/wiki/Toshiya_Miura?oldid=3540653"
Community content is available under CC-BY-SA unless otherwise noted.