Hanging out at the Phantom Lord HQ (formerly).

Totomaru is a former antagonist from the anime/manga series Fairy Tail. He was an S-Class Mage of Phantom Lord and served as one of the members of the elite team known as the Element 4. He was esentially the Phantom Lord version of Natsu Dragneel who he fought but was defeated. His element was fire.

He was voiced by Daisuke Endo in the Japanese version, and Justin Cook in the English version.

Tototmaru is a young man with long hair that's half black and half white and has a pony tail in a traditional Japanese Fashion. He has a black line streak that goes across the middle of his face and the black side of his hair covers the top part of his face. After the timeskip, his hair has grown longer and no longer covers his face instead covering the separate sides of his head and has also grown stubble on the bottom of his chin.

His main attire consists of that of a ninja-like robe with orange-reddish gi-like clothing held together by a black belt. His robes have a large dark reddish fur around the collar of the robe with the sides being made of fishnet and fishnets appearing on his arms as well. Underneath his robes, he has a simple shirt with a pair of baggy black pants underneath with black boots. After the timeskip, his robes have been changed with the fur being removed.

Out of all the members of the Element 4, Totomaru is by far the most comedic member of the team. He often engages in many comedic quirks on the battlefield, especially with Natsu, and uses spells that incorporate rather foul-smelling spells to irritate his opponent. 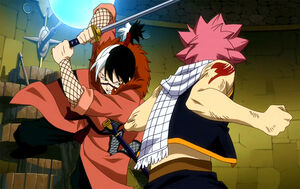 Totomaru using his katana against Natsu 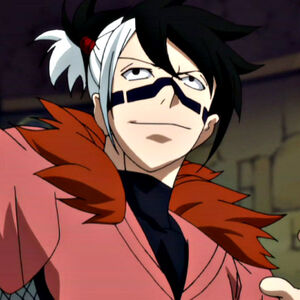 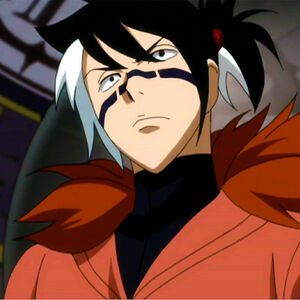 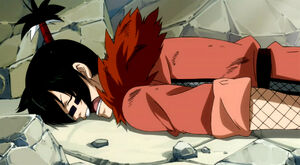 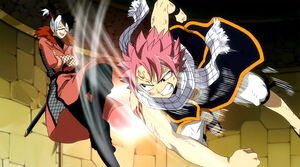 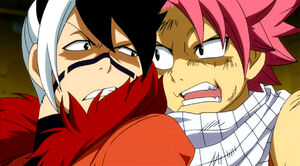 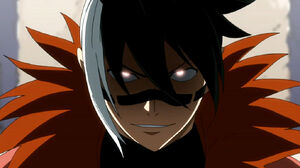 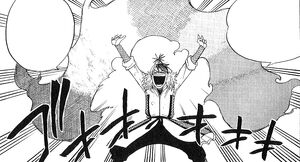 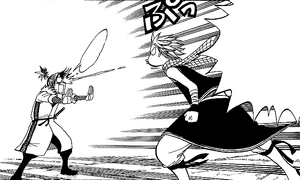 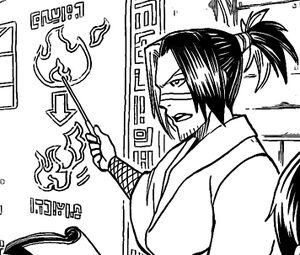