Villains Wiki
Register
Don't have an account?
Sign In
Advertisement
in: Kamen Rider Villains, Tragic, Servant of Hero,
and 27 more

Maid of the Kureshima Family

Attacking those affiliated with Yggdrasill.

Get revenge on the Kureshima family and Yggdrasill as revenge for them using her as a guinea pig.

Touka was a maid servant of the Kureshima family and a childhood friend of Takatora Kureshima who was experimented on in the Yggdrasill Corporation's Zawame Child Care facility. Blaming the Kureshimas and Yggdrasill for the painful experiments inflicted on her, Touka uses the Ringo Lockseed to become an Armored Rider to exact revenge on Yggdrasill.

She was portrayed by Sayuri Iwata as an adult, and Ai Uchida as a teenager.

Touka was among the children in the Yggdrasill Corporation-run Zawame Child Care facility who were experimented on by Amagi Kureshima to gain the power to control Helheim. Touka was later hired by the Kureshimas as their maid servant. During her time as a maid, Touka became close friends with the eldest Kureshima son Takatora.

Years after they had all grown up, Touka met up with the Kureshima brothers again. Touka tells them that their father has "passed away", though unbeknownst to them, Touka was the one who had killed him, having obtained the Ringo Lockseed and used it to become Kamen Rider Idunn to kill Amagi as revenge for the experiments he had performed on her. Despite Takatora and Mitsuzane seeing her as a family member to them, Touka secretly resented them and blamed them for the experiments that had been done to her along with Yggdrasill as a whole.

As Idunn, Touka began using her powers to attack Yggdrasill facilities and workers. She later fought Takatora Zangetsu-Shin, but flees after obtaining the Melon Energy Lockseed.

Touka later ambushed Takatora as he was investigating the abandoned Child Care facility. Realizing to his horror that Touka is Idunn as she transforms into her Kamen Rider, Takatora transforms into Zangetsu Watermelon Arms and clashes with Idunn. Though Touka managed to weaken Takatora, Zangetsu manages to stun her and regain his Melon Energy Lockseed. Transforming into Zangetsu Shin, Takatora outmatches Idunn and defeats her. To Touka's suprise, Takatora spares her as he still saw her as a close friend.

As Touka slowly mutates into an Inves due to the Ringo Lockseed's side effect, Touka questions why Takatora saved her and laments that he was born a Kureshima. Kamen Rider Duke then appears and reveals that he was also raised with the Zawame Nursery before killing her and retrieving the Ringo Lockseed from her corpse. 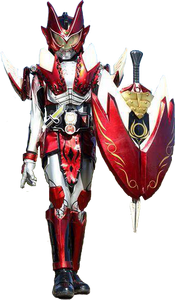 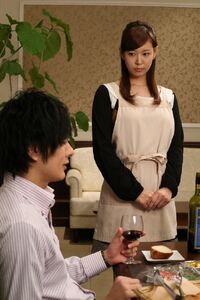 Touka as a maid servant to the Kureshima family. 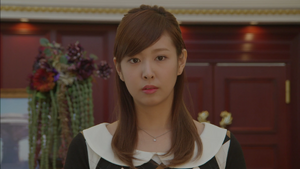 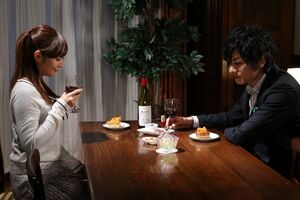 Touka having dinner with Takatora. 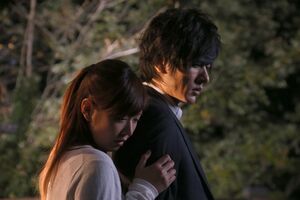 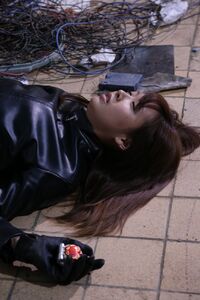 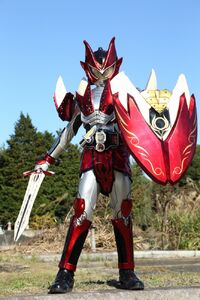 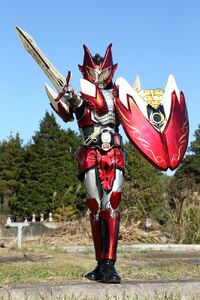 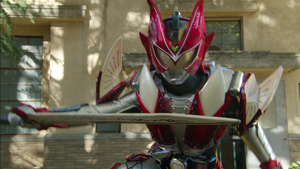 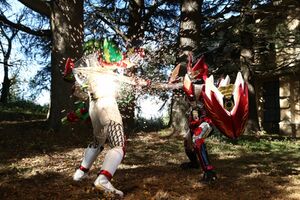