Knight of the Tower
Iron Demon

The Tower Knight, whose real name is Alfred, is a minor antagonist and boss in Demon's Souls. It is a demon that manifests as a gigantic knight armed with a large shield.

Alfred was a member of King Allant's circle of elite knights. He was known for his massive size that referred to him as a "tower". When Allant unleashed the demons across Boltatia, Alfred stood guard of the palace. At some point, Alfred was corrupted and turned into the demon known as the Tower Knight.

After disposing of the archers, the Tower Knight becomes an easier target to deal with. While a slow mover, his attacks can hit extremely hard. He attacks via stomping or using his sword or shield to slam into the ground to create shockwaves. The Tower Knight takes little damage from attacks with the exception of his head, his weak spot. The player can either use a bow and arrow or magic to strike the Tower Knight's head, otherwise, they will have to attack his ankles until his armor starts steaming. Once both of his ankles are steaming, he falls on his back and gets stunned for several seconds - leaving his head vulnerable to attacks. The player can then strike his head for massive damage. After doing this a few times, the Tower Knight is slain. He drops the Iron Demon's Soul, which can be given to Sage Freke to obtain the Warding spell. 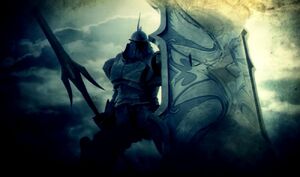 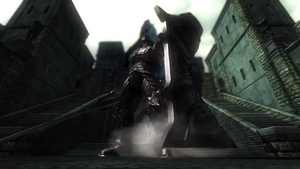 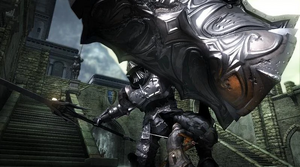 The Tower Knight battling the player.
Add a photo to this gallery 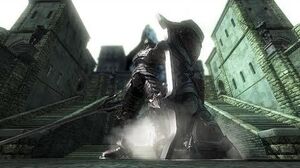 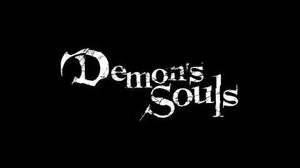 Retrieved from "https://villains.fandom.com/wiki/Tower_Knight?oldid=3530995"
Community content is available under CC-BY-SA unless otherwise noted.