Toy Master is a one-time villain from the Cartoon Network original series Teen Titans Go!, only appearing in the episode "Collect Them All". He is an obsessive collector of Teen Titans Go! figurines.

The Teen Titans were collecting toy figurines of other characters from their own show. Robin did not get in on the hype train and let the others go nuts with their own pointless interests. Just then, a giant flash of light happened, which led to the capture of Starfire, Cyborg, Beast Boy, and Raven. They all got turned into plastic figurines and got blasted away in four different directions. All that was left behind was a note. Robin read it and it was a note from "Toy Master", who said that he needed to go on a wild goose chase to collect all of his friends. 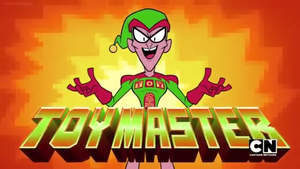 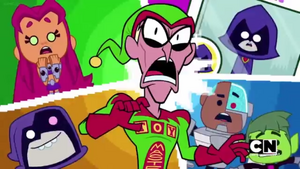 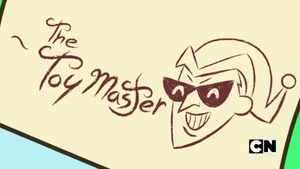 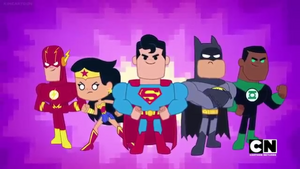