Tozuka, also known as Kamen Rider Tiger, is one of the Riders in the new Rider War set up by Sara in 2019 and a supporting antagonist in the Rider Time Ryuki special.

He was portrayed by Ken Sugawara.

Tozuka was one of the thirteen people who was brought to the Mirror World to restart the Rider War, being given the Tiger Deck to transform into Kamen Rider Tiger. At some point, he teamed up with Jun Shibaura and Ishihashi to take out the other Riders. On the fourth day of the new War, the three encountered Miyuki Tezuka's team in an abandoned house and fought them, only for their battle to be interrupted by Mirror Monsters, causing both teams to retreat.

Tozuka was later with Jun when Tezuka betrayed his own team and sided with Jun's team. Tozuka and the others then attempted to kill Shinji and Kimura, only for Ouja and Zolda to appear. In the ensuing fight, Tozuka was killed by Ouja with his Xeno Clash. 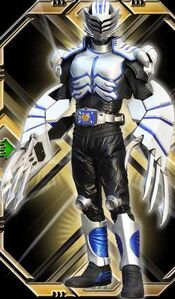 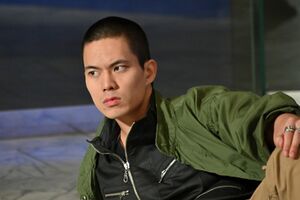 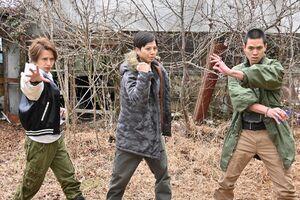 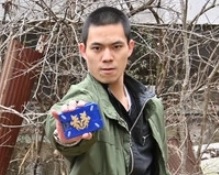