To get his former lover Principal Brian Lewis back (formerly; abandoned).

Tracey Bryant is the main antagonist of the episode "The Worst Stan" of American Dad!. He was Principal Brian Lewis' former prison cellmate.

He was voiced by J.B. Smoove, who also played Kisha Davis' Stepdad Lamar in A Haunted House.

Stan Smith arranges for his release from prison to be at Principal Lewis' wedding to school superintendent Ellen Riggs.

However, at the bachelor party Tracey reveals that he was Principal Lewis' "prison wife" after he beat another inmate.

At first, the two live together in Lewis' home. Due to prison rules, he ends up becoming Stan's prison wife when Stan beats Lewis.

On the day of the wedding, Riggs and Lewis end up not marrying, but Riggs punches Stan for interfering with her plans. As a result of her beating Stan, Ellen then marries Bryant under prison rules as a way to win over the public in her campaign for state comptroller. 9 months later the two have a child and Ellen wins the state comptroller election. 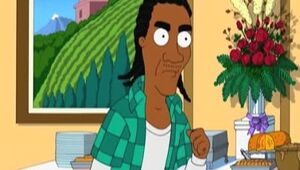 Tracey Bryant angry and disgusted at his former lover Brian Lewis now remarrying someone else. 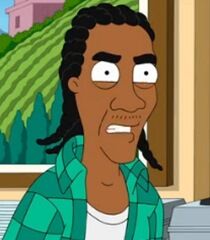 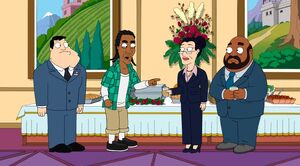 The crazy Tracey Bryant threatening to get back in Principal Brian Lewis' life. 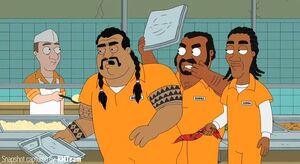 Former inmate Brian Lewis becoming married to Tracey Bryant after he beat up his previous husband. 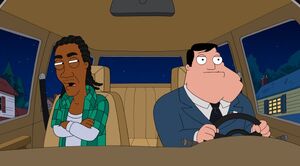 Stan Smith driving Tracey Bryant, only to later kill him in order to have his big day. 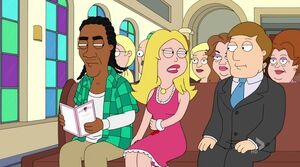 Retrieved from "https://villains.fandom.com/wiki/Tracey_Bryant?oldid=3388760"
Community content is available under CC-BY-SA unless otherwise noted.