Hunting the most dangerous game.

The Tracker Predator is the secondary antagonist of the 2010 movie Predators. He controls and manages the alien hounds that the Predators use to hunt down their targets in the movie. He adorns its helmet with tusks of some kind.

He was portrayed by Carey Jones.

Tracker deployed his hounds to test protagonists' combat prowess to see how good they are. Some of the hounds were killed in the fight, and Tracker called the hounds off once they had enough. He then killed Cuchillo in painful death and recorded his agony screams and arranged his corpse among booby-traps as psychological test for surviving protagonists. They however, passed the test and left Cuchillo's corpse behind. During this point, Tracker was yet to be seen up until he regroups with other members of trio of Super Predators consist of himself, Falconer, and Berserker.

When Royce causes an explosion at Noland's ship, the Tracker Predator is the one to take notice of it and goes to it. He promptly blasts Noland to pieces and then goes after Royce's group.  It pursues Edwin before being shot by Nikolai. It manages to shoot Nikolai and then impales him upon his bladed gauntlet. However, Nikolai manages to activate some grenades on him, blowing both Predator and prey to pieces.

He does displayed less honorable actions as he blasted Noland, the hardened human whom survived several hunting seasons into pieces instead of challenged him in fair combat, which also implied that he marked as Bad-Blood (Predators that refuse to accept punishment for their dishonorable crimes) like the rest of Super Predators trio. 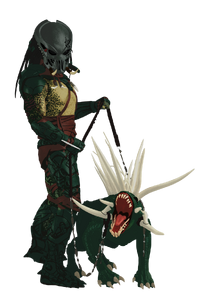 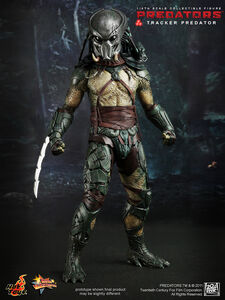 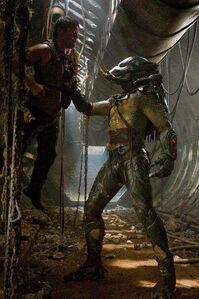 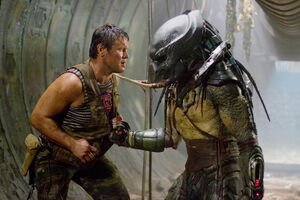 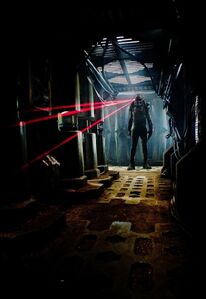 Retrieved from "https://villains.fandom.com/wiki/Tracker_Predator?oldid=4215616"
Community content is available under CC-BY-SA unless otherwise noted.