Leader of the Mantis Traitors

Kill the Knight and Cloth (succeeded with Cloth, failed with the Knight).

Attempted usurpation of the Queen's Gardens

The Traitor Lord is a supporting antagonist and boss in Hollow Knight. He was once the leader of the Mantis Tribe, but his lust for power that the Infection would give him drove him to turn against his clan.

When the Infection spread through the kingdom of Hallownest, the Mantises of the Mantis Tribe in the Fungal Wastes managed to restrain the spread to their village by training warriors to fight against the plague-induced bugs. Their leader, on the other hand, gained a desire from the Infection, believing that it would make him become more powerful; thus, he and his following Mantises embraced the Infection. A battle ensued resulting in the leader's sisters, the Mantis Lords, exiling the Traitor Lord and his men to the Queen's Gardens.

In the Queen's Gardens, the Traitor Lord and his men fought against the guards of the White Lady, including Dryya, one of the Pale King's five great knights, whose corpse can be found outside the White Lady's cocoon surrounded by dead Mantis Traitors.

The Traitor Lord can be found in the room exactly before the White Lady's cocoon, thus he must be defeated in order to access her and obtain her half of the Kingsoul charm. After fighting three Mantis Traitors, Traitor Lord emerges from the ceiling. He has four attacks: dashing towards the Knight, diving from the air, slashing his claws out similarly to the Mantis Lords and Mantis Petras, although they move in zigzags contrast to boomerang-like, and slamming his claws against the ground, creating a massive shockwave that can only be dodged by using the Shade Cloak to safely pass through it. His attacks are simple, yet hard to dodge due to the small arena and all of his attacks deal heavy damage, two masks per hits. Plus, it is easy to be harmed while focusing on healing due to his fast and aggressive agility. When the Traitor Lord uses his dive and dash attacks, jump over him, get in a downward strike or use Desolate Dive, then quickly dash away to avoid contact damage. Continue attacking and dodging until the Traitor Lord goes down, opening the passageway to the White Lady.

Should the Knight have befriended Cloth after saving her in the Ancient Basin beforehand, she will help out in their battle against the Mantis Traitors and Traitor Lord. When the Traitor Lord takes enough damage, he stabs Cloth with one of his claws, but she will finish off the lord with her by smashing his head in with her club. 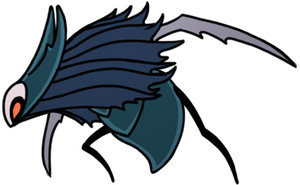 The Traitor Lord about to slash his claws. 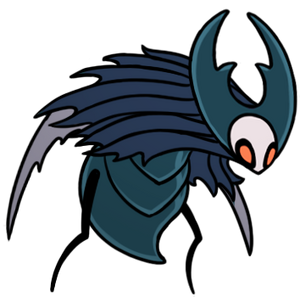 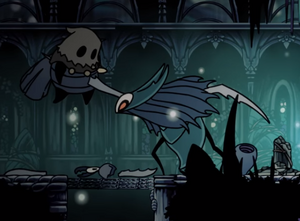 The Traitor Lord's corpse if Cloth finished him off.
Add a photo to this gallery 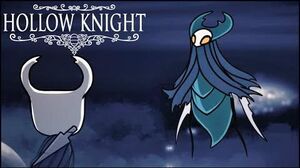 Retrieved from "https://villains.fandom.com/wiki/Traitor_Lord?oldid=3748395"
Community content is available under CC-BY-SA unless otherwise noted.