The Invisible C-nt (by Billy Butcher)

Spending time with his son.
Going to the Vought Tower's bathroom naked to perversely watch women in the Seven use it.

Convince Hughie to release him from his prison (both failed).

He was a member of The Seven and a Supe, endowed with carbon skin that allowed him to turn invisible. Despite being considered a superhero, Translucent was a pervert who used his powers to peep on women in bathrooms, showers and sorority houses. He would come into conflict with the Boys, which resulted in his demise by their newest member, Hughie Campbell.

He was portrayed by Alex Hassell, who also played Mark Lynch in Torchwood.

The man known as Translucent was born in 1980, and was either born with or injected with Compound V by his parents. As an infant, he developed the ability to turn invisible due to his metamaterial skin, allowing him to bend light when it casted upon him. At some point, he became a member of the Seven, but according to Queen Maeve, he was known by his teammates to be a pervert. Translucent would later marry an unnamed woman whom would have his son Maverick, and was known to have a good relationship with his child.

In the TV series, Translucent has a far more important role, being one of The Seven's members. Having the ability to turn invisible, he uses this power both for good and to satisfy his own perversion, often sneaking naked into the women's bathroom. Getting in trouble when he catches Hughie lay a bug in Seven Tower, he later violently confronts the man and attempts to kill him, only to be beat up by Billy Butcher and finally knocked out by Hughie via an electricity cable. He is then kidnapped by Hughie for wanting information about his girlfriend's demise, only to mock the man. This later turns out to be his undoing, as Translucent's fate is sealed by Hughie in "Cherry" by a explosive going off in his rear, blowing him to smithereens.

In the premiere of the second season, Homelander gives a speech at Translucent's funeral, lying to the people that he was killed by a super-terrorist named El Diablo. He states Translucent's final words were that he loves his son Maverick, and to stop these "supervillains" for all the sons and daughters of America. Starlight appears and sings at his service. After his funeral, Vought chose Stormfront to be his replacement, but she would later be removed after she was exposed to be affiliated with the Nazi Party. 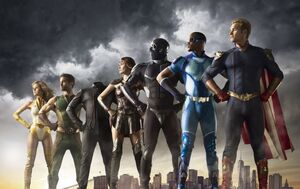 Translucent with the Seven. 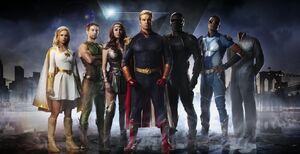 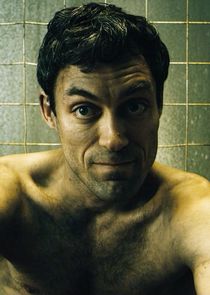