Possessed Objects
The Trash Minions are minor antagonists from the 2012 racing video game LittleBigPlanet Karting. They are evil monsters that serve the Trash Monster, made of trash and various other items stolen by The Hoard. The group consists of ten minions.

The Hoard travel throughout the Craftverse, stealing anything they possibly can just to stash and hoard it away on their home planet Hoard, Sweet Hoard. Sackboy goes to help fight them off, though they continue to steal and stash. After talking with Venus the Flytrap on Eve's Asylum, she warns Sackboy that she has had a vision of a terrible darkness, and that the Hoard do not realize what they have created.

Upon reaching Hoard, Sweet Hoard through the Funkhole, Sackboy is confronted by the Haord. However, just then, the Trash Monster emerges, brought to life by the negative energy and beginning a destructive rampage. The Hoard flee and hide, but Sackboy stays to battle the monster.

The monster spawns its minions, which race around the battlefield collecting weapons and firing them at Scakboy, attempting to kill him and deplete his eight lives. Sackboy must fight back by grabbing weapons before they do and taking them out, while all ten of the monsters focus only on him. Once Sackboy manages to destroy all ten of the minions, the Trash Monster joins the battle itself.

Sackboy eventually beats the Trash Monster, which tries one last desperate attack by self-destructing. Sackboy and the Hoard flee to safety before the Trash Monster explodes, destroying itself and Hoard, Sweet Hoard and sending all of the stolen items back into the Craftverse. 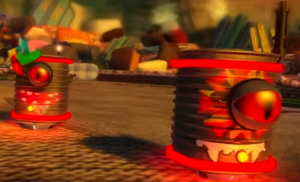 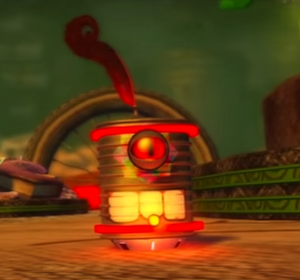 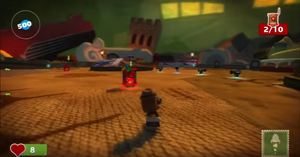 The Trash Minions in battle
Add a photo to this gallery 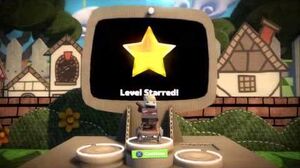 Retrieved from "https://villains.fandom.com/wiki/Trash_Minions?oldid=3892468"
Community content is available under CC-BY-SA unless otherwise noted.