Unite the Thracian Peninsula under his rule.

Travant is the king of Thracia and a major antagonist in Fire Emblem: Genealogy of the Holy War. In addition, due to him being the full-blooded descendant of the Crusader Dáinn, he is able to wield the lance Gungnir.

He was voiced by Yasunori Matsumoto in the Japanese version, and by Jason Marnocha in the English version.

During the Agustrian Civil War, Travant and his men are hired by Agustria's king, Chagall, to aid him in defeating Sigurd's army. However, after the wyvern squad to lends out ot Chagall is wiped out, he leaves Chagall to his fate.

Sometime after this, he learns that Prince Quan of Leonster, his wife Ethlyn, and the Lanceritter are crossing the Aed Desert in order to aid Sigurd's army. Travant and his troops proceed to ambush and slaughter Quan and his men, including Ethlyn. Upon discovering that Quan's infant daughter Altena had been travelling with them, Travant takes Altena and Gáe Bolg, the holy weapon of Leonster, back with him to Thracia. Before leaving, he orders one of his men, Magorn, to defeat Sigurd's army while they are crossing the Aed Desert to Grannvale. Following this, he raises Altena as his surrogate daughter alongside his biological son Arion, with his main intention being to recruit an invaluable user of Gáe Bolg. It is, however, believed that he cares for her because of his unrequited love for her mother, Ethlyn.

Shortly afterwards, with the defenses of the District depleted due to the loss of the Lanceritter, Travant leads his army to invade the Munster District, seizing the city of Munster, who fought with the aid of the Conote, Alster, and the remnants of Leonster's army. Partway through the battle, however, the Conote army under General Raydrik betrays Leonster at the Great River of Thracia, killing Leonster's King Calf, obliterating Leonster's army, and ensuring the fall of the Munster District to Thracia. Unfortunately, Travant's hold on the peninsula's north did not last long, as the newly-christened Grannvale Empire, under the rule Emperor Arvis, invaded the Munster District and defeated Thracia's army and forcing Travant and his men to retreat. The Munster District is then ruled by Duke Bloom of Friege and renamed the North Kingdom of Thracia. Although Thracia remained independent, Travant is forced into an alliance with Grannvale.

In Grann 777, following the capture of Alster by Seliph's liberation army, Bloom sends a request to Travant for reinforcements. However, Travant ignores these calls, intending to let Grannvale and Seliph weaken each other and then attack them. Shortly after, he learns of Bloom's death at Conote and that Seliph is now heading towards Thracia. In preparation for Seliph's arrival, Travant forced General Hannibal, the Shield of Thracia, to aid him by having his adoptive son Corpul held hostage.

Following Altena learning from Leif, Quan's son and Altena's brother, about her true heritage, she confronts Travant about the truth, which he confirms. She then decides to attack him, only to knocked out by Arion, who makes it appear that he killed her. Afterwards, knowing that Thracia is in good hands, he gives the Gungnir to Arion and entrusts him with future of Thracia before setting out to confront Seliph's army, stating that he has grown tired of fighting and wants to end it, but not without a fight. In the following battle, he is defeated and killed. 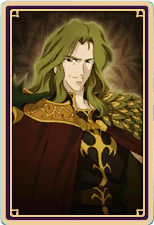 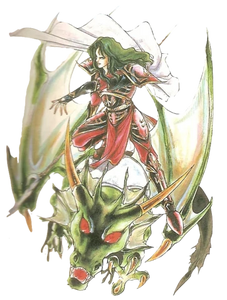 Travant in Fire Emblem: Genealogy of the Holy War. 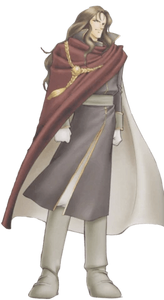 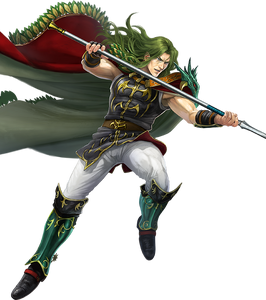 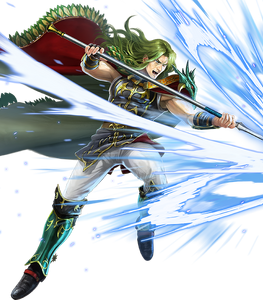 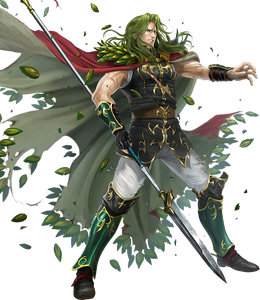 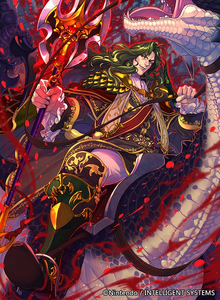 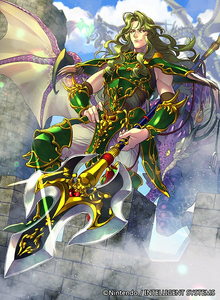 Retrieved from "https://villains.fandom.com/wiki/Travant?oldid=4220725"
Community content is available under CC-BY-SA unless otherwise noted.