Serving the Dreamrealm and leave the Black Dragon.

Tremor appears as a playable character in the PlayStation Vita edition of Mortal Kombat (2011), having few super moves and being available only in the Challenge Tower.

Tremor makes a cameo appearance in Mortal Kombat 11 in the Krypt. Much like Rain and Smoke, Tremor doesn't have his design from the new games and new timeline. He has his old original appearance the Termor seen in Mortal Kombat 11 is the young Tremor from the original timeline. He can be found falling off a bridge at random time in a certain area and like other ninjas he is seen falling on to a spike and dies. After away like all the others his body and soul despise Shang Tsung takes his soul and turns into young Tremor. It is Tremor from the original timeline because he still looks human and doesn't have his rock skin or body like he does in the new timeline.

Tremor was planned to be in Mortal Kombat Trilogy, but he was replaced by Rain, who had already appeared in Ultimate Mortal Kombat 3, Tremor can still be seen in the game's instruction manual, but incorrectly labeled as Ermac, depicted as an orange ninja along with Rain. Some Rumors about him continued and people thought he was going to appear in Mortal Kombat Armageddon but he did not appeared in that game. 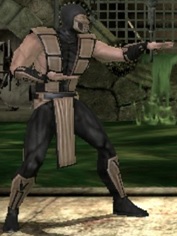 Tremor in Mortal Kombat for the Playstation Vita. 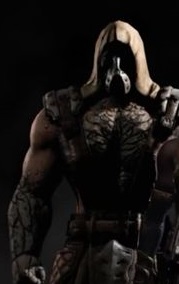 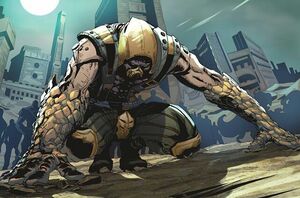 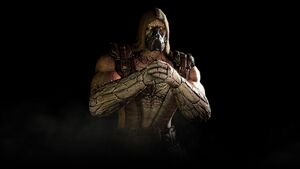 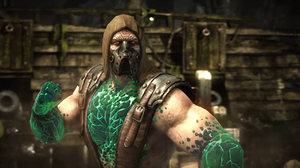 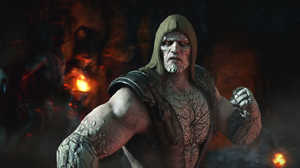 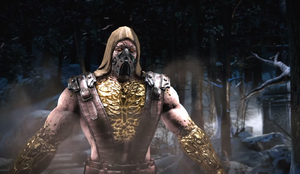 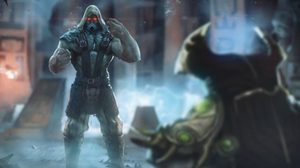 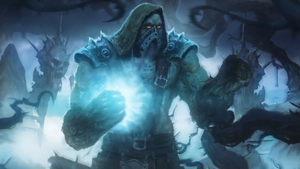 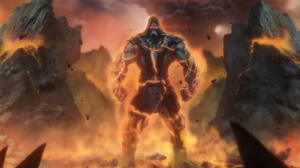