Joined forces with Spawn to save his brother David from Tony Twist.

Richard Massullo known as Tremor, is a villain turned anti-hero in the Spawn Series. He is a former mobster who was kidnapped by his boss, Tony Twist , for a project known as the Mafia Supersolider program, which mutated him into a cybernetic monster. Depending on his mood and circumstances, he has been either an ally or enemy of Spawn's.

He first appeared in issue #25 and one of the main protagonists of Brigade.

Tremor was originally a man named Richard Masullo who was the muscle of the mafia with his brother David until his time with Tony Twist. Twist had him captured and used for a project called Tremor and used as a guineapig by german scientists in a first attempt to create a supersoldier for the mafia. They did gene manipulation and splicing thus resulted in his demonic appearance dubbed Tremor however it was a failure due to Tremor retaining free will and thus Tony Twist killed his entire family. After this act Tremor was locked up in the laboratory until he manages to escape and vows revenge on Tony Twist.

Sometime Tremor would show up and goes on a rampage to find Tony Twist for killing his family until meeting Spawn. Spawn and Tremor fought until David shows up to hunt him down believe that Tremor killed his family until he finds out that Tremor was actually his own brother Richard. A version of Tremor appears in the Shadows of Spawn manga.

As a result of the cybernetic experiments done to him, Tremor has gained numerous powers and abilities similar to that of Overt-Kill, but to a mutated extent. 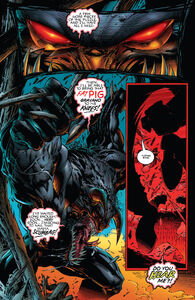 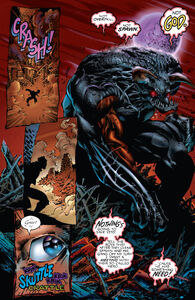 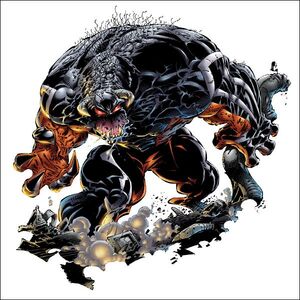 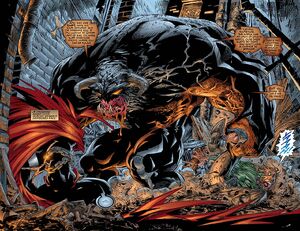 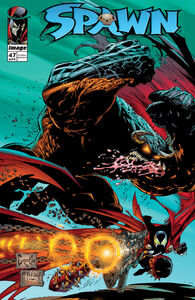 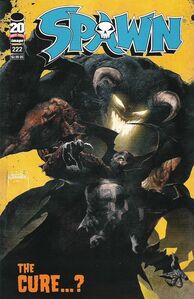 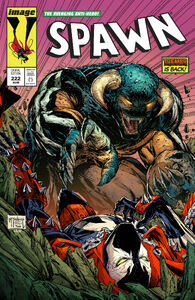