Trent Boyent is the main villain of the episode "Pre-School" of South Park.

He is a boy who used to go to South Park elementary, in pre-school he was a bully who picked on weaker kids and liked to start fires, a younger Stan, Kyle, Cartman, and Kenny dared him to start a fire in the class room so that they would put it out with their urine, however things don't go as planned and the fire spreads and their teacher Ms. Claridge is badly burned forcing her into a futuristic device that only allows her communicate with a blinking light, Trent is arrested for the arson and alleged attempted murder but not before he vows revenge on the boys.

Five years pass and he is released from juvenile hall tougher than ever before, the first thing he does is beat up Butters as a warning to Stan, Kyle, Cartman, and Kenny who learn of his release so they hire the sixth graders to be their bodyguards but they won't unless they can get a picture of Stan's mother's breasts, eventually since they find the idea too difficult to pull off, they disguise Cartman's buttcheeks as a pair of breasts which surprisingly works, later they encounter Trent and he defeats them all effortlessly.

Eventually the boys decide that they have no other choice than to join up with Stan's sister Shelly who is usually mean to them, she won't protect them unless they admit to Ms. Claridge that the fire was their fault, they confront Ms. Claridge whose machine had broken down and apologize to her, meanwhile Trent has caught up to them, he tells them of the rough life he had to endure and that they got to live normal lives and have amazing adventures and he's jealous of that, after his speech he prepares to attack them but Cartman who had taken his mother's taser for protection fires it at him but it hits Ms. Claridge causing a chain reaction which causes her to catch on fire again, once again Trent is blamed for the incident and sent back to juvenile hall and the boys celebrate knowing it will be another five years before they have to see him again. 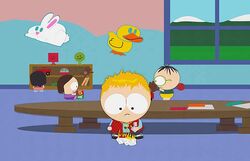 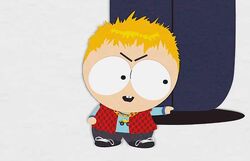 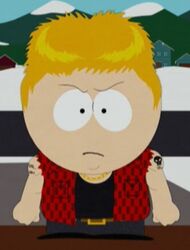