Abusive Rival
Trenton's Pride is the son of Sir Trenton and an unknown mare, a racehorse at the Kentucky Open, Stripes' former rival and a (former) supporting antagonist in Racing Stripes. Trenton's Pride is a chestnut brown horse with four socks and a blaze.

He was voiced by Joshua Jackson.

He is first seen in the film as a foal along with his friend Ruffshodd meeting Stripes in the farm next door to the Kentucky Open and start playing with him but are forced to stop when Pride's father Sir Trenton sees this and does not want his son to hang out with a zebra. Three years later Pride encounters Stripes again and challenges him to a race at the Blue Moon Races. Stripes accepts, but Pride wins after Stripes loses his footing on a muddy turn and falling in the bushes. He later makes fun of him while Stripes plows the field, and is later seen, along with Sir Trenton, in a news interview shortly before Stripes' time trial. After Sandy is kidnapped, Pride is given a talk by Sir Trenton. Pride later competes against Stripes in the Kentucky Open and is in the lead, but Stripes remembers a piece of advice from his mentor Tucker and is able to overtake Pride, winning the race. After the race, Pride admits that he and his father was wrong about Stripes and makes amends with Stripes and invites him to hang out. 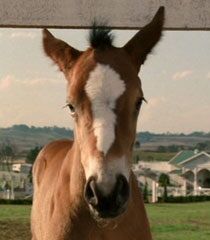 Trenton's Pride as a foal. 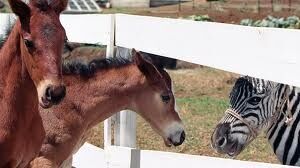 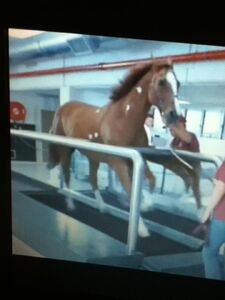 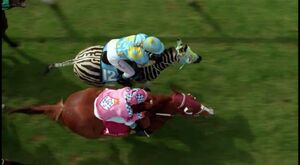 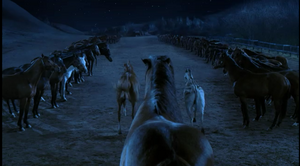 Retrieved from "https://villains.fandom.com/wiki/Trenton%27s_Pride?oldid=3917232"
Community content is available under CC-BY-SA unless otherwise noted.