Presumed to be Nephilim

Rumored to have engaged in dark magics through devil worship

Make a name for themselves in Vidora Bay (as they have never been considered a big threat).

Destroy the power of the Trismegistus Council.

The Trey Kings are an antagonistic gang of demon-worshipping psychopaths from Champions Online. All members of this diabolical gang-like cult are reputed to be possessed by evil spirits. They are a major enemy faction in Vibora Bay who, like many gangs in the area, are pawns of the Nephilim.

Using a stylized number “three” as their gang symbol, the Trey Kings are a racially mixed group looking to make a name for themselves in Vibora Bay. The Treys have never been considered a major threat, but rumor also says they dabble in magic and demon worship. From recent evidence it seems their interests have started to pay off in a big way. 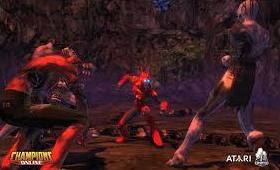