The Sheriff of Nottingham's henchmen

Serve the Sheriff of Nottingham (formerly).

Trigger and Nutsy are (former) supporting antagonists from Disney's 21st full-length animated feature film Robin Hood, which is based on the legendary heroic outlaw of the same name. They are the two dimwitted vultures who assist the Sheriff of Nottingham and Prince John, unlike their superiors the two vultures do not abuse their power and simply follow the commands given from the crown. In the end, they have reformed by King Richard, unlike Sir Hiss however.

Nutsy is the one who wears the hood, while Trigger wears the helmet and carries the crossbow and quiver of arrows.

Trigger and Nutsy are first seen during Prince John's archery tournament. Trigger mans a pie sales booth, while Nutsy helps the Sheriff cheat during the tournament. During the following battle, Trigger attempts to fight using his crossbow, but the arrow ricochets and he is forced to duck to avoid it. He is then hit by a well-aimed pie courtesy of Maid Marian.

Later, Trigger accompanies the Sheriff as he arrests Friar Tuck. Trigger in particular assists by pulling down the hood of Friar Tuck, who is engaged in battle with the Sheriff. The Friar's view blocked, the Sheriff is able to chain up Friar Tuck with little trouble. Trigger and Nutsy are later seen assisting the Sheriff in setting up the gallows. Nutsy abruptly decides to test the trap door while the Sheriff is standing on it, resulting in the Sheriff falling down and getting stuck, after which he states he now knows how Nutsy got his name. When Robin Hood, disguised as a blind beggar, comes to get information, he and Nutsy are fooled. Despite Trigger's constant warnings to hush, Nutsy blabs a plan to capture Robin Hood by hanging Friar Tuck. Trigger grows suspicious of how much the "beggar" knows, but the Sheriff blows off his concerns.

Afterwards, Trigger and Nutsy assist the Sheriff in guarding the jail. Nutsy functions as a watchman, and annoys the Sheriff with his constant announcements. Trigger is shown as (correctly) fearing a jailbreak, prompting the Sheriff to urge him to point his crossbow away from him. Trigger tells him not to worry because "the safety's on Ol' Betsy" while patting the weapon. Unfortunately, he is immediately proven wrong when it fires an arrow and they are forced to dodge, duck, dip dive and dodge the projectile as it ricochets everywhere, barely missing them and for this, he gets a bonk on the head from the annoyed Sheriff. Moments later, they hear a noise and investigate. While they believe it to only be Nutsy, it is actually a disguised Robin Hood. Trigger later attempts to raise the alarm, after hearing Robin Hood open the jail door, but is ignored by the annoyed Sheriff. Trigger is warned against further "false alarms", and is ordered to return to his patrol with a boot to the posterior for good measure.

Trigger later hears a muffled sound and approaches the Sheriff to tell his suspicions, only to realize that the "Sheriff" is actually Little John in disguise (having subdued the Sheriff). He is immediately subdued by Little John so the prisoners can escape.

Trigger and Nutsy are seen at the end of the film, apparently reformed by King Richard, implying their loyalty was always to whoever was currently the King. They are shown guarding the imprisoned Prince John, Sir Hiss, and the Sheriff. When the newlywed Robin Hood and Maid Marian pass by in their carriage, Nutsy orders Trigger to "present arms" which leads Trigger to accidentally fire his crossbow right into a picture of a heart. 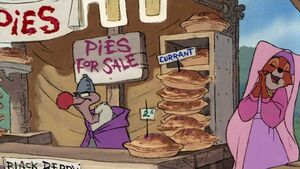 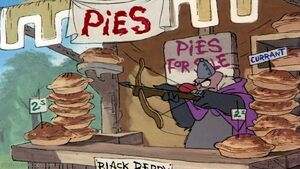 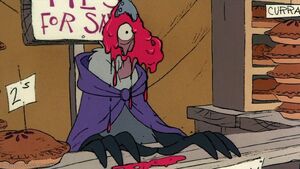 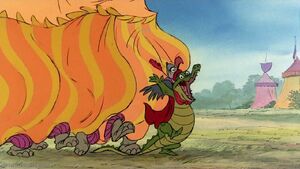 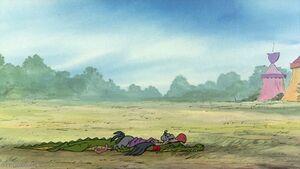 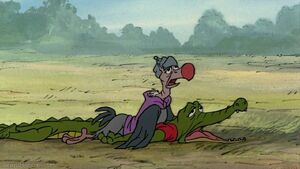 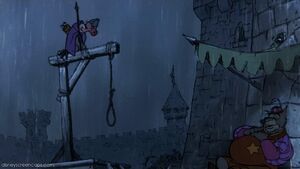 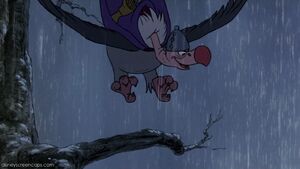 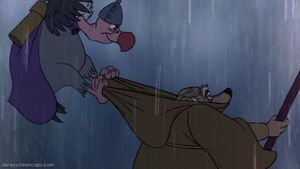 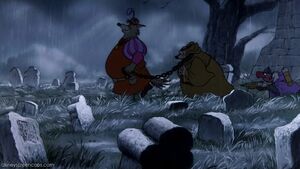 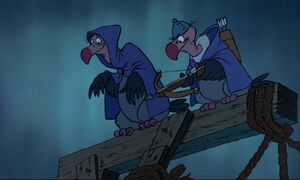 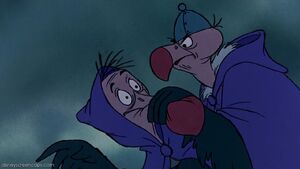 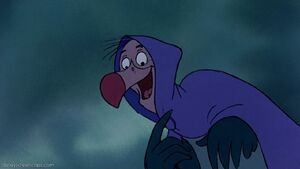 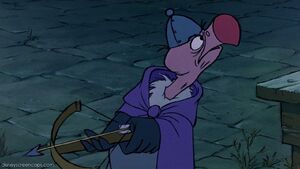 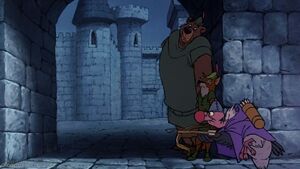 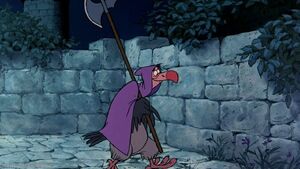 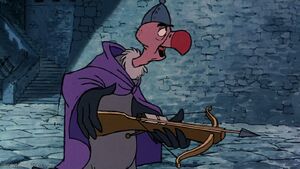 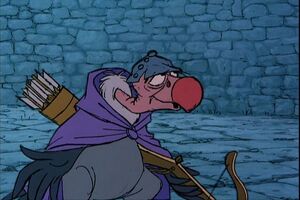 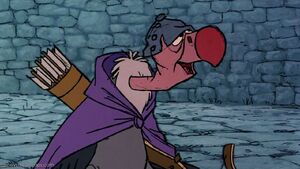 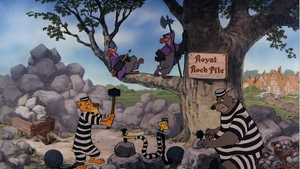 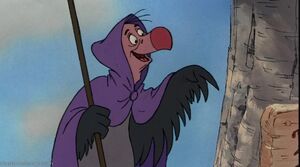 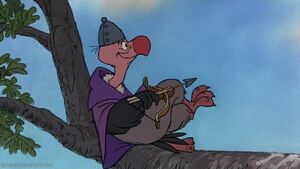 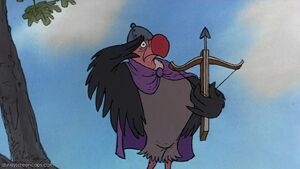