One of Dr. William White's creations

Absorbing both robots and emotions.

Destroy everything and everyone that across her path. (formerly)

Change back into her true form order to stop her rampage. (succeeded)

Trinity is the main antagonist in the 2016 video game Mighty No. 9. She is a xel-assimilating robot created by Dr. William White and the final boss of the game.

Prior the game’s events, a scientist named Dr. William White, was working on a robot that could control other robots as well as learn and evolve by assimilating their capabilities , known as the "Trinity Project". But the project was shut down by the Chief of Cherry Dynamics, Dr. Benedict Blackwell, in fear of the design’s potential dangers.

Sometime later, Dr. White moved on to working SANDA Technologies, the rival of Cherry Dynamics Technologies, and Dr. Blackwell has been in prison for the act of mass cyber-terrorism. The CEO of Cherry Dynamics Gregory Graham, bring back Trinity for his plan to disrupt the weapons industry and main the company’s position as the leading robotics company. However, he was unaware of the danger Trinity presents.

After Beck saves six of the eight haywire Mighty Numbers, Dr. White finds the custom scripts that he wrote for Trinity in the virus code that had been infecting them and thinks she is responsible for the outbreak.

While Beck and Trinity fight, she aspects him into herself, then starts to develop a sense of self and morality similar to Beck as a result of assimilating his "heart". Suffering by her ability to feel emotion and understanding her own actions, she changes a more powerful form and attempts to destroy Beck, but is defeated by him and calms down. Having found her true form, she develops enough conscience and wishes not to fight Beck anymore, and surrenders. While the Battle Colosseum is no longer under her control, the area starts to collapse. Later, she and Beck are rescued by other Mighty Numbers and brought back to SANDA Headquarters.

During in the credits sequence, Trinity becomes friends among the Mighty Numbers and changes into a more human like form by Dr. White.

Trinity was programmed only to be a mindless machine with no sense of self or morality. But when she copies Beck’s synthetic heart routine during their fight, she starts to become more self aware and develops emotions, and starts to regret all her actions. She first reacts to this newfound sense of self by lashing out against Beck in the hopes of destroying the source of her distress, but calms down upon her defeat and surrenders herself. After being brought back to SANDA Technologies Headquarters, she is shown to presumably befriend the Mighty Numbers.

During her first phase, Trinity launches pink spheres, shrinking down. Beck is given a chance to strike her weak point when she fires around ten spheres off of her. (She usually fires off twenty.) She can fire them ahead of her, or she can fire them from the centre of her room in a strafing motion. She is also able to manipulate the floor.

During her second phase, Trinity assumes the form of a flower-like monster. She is initially positioned higher than Beck can jump, so Beck needs to destroy the spheres that make up her base to lower her head down to the ground level. She can also use a dark version of his finisher ability, though this has a gap that can be taken to avoid it. After she takes enough damage in this form, Trinity will lose her body. She can be dashed into, which finishes her off. 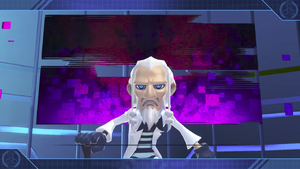 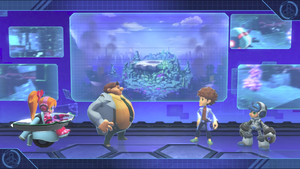 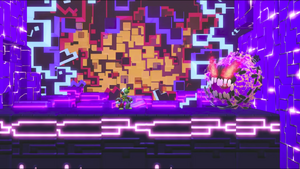 Trinity approaches Beck upon his arrival. 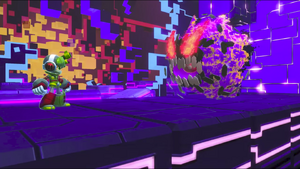 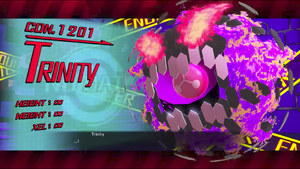 Trinity's code when she engages in battle. 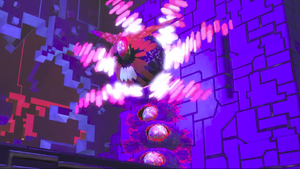 Trinity absorbs Beck's emotions, struggling to comprehend what she has done. 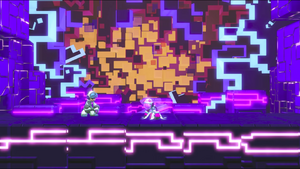 Trinity transforms into her true form. 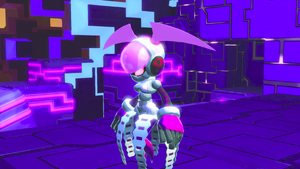 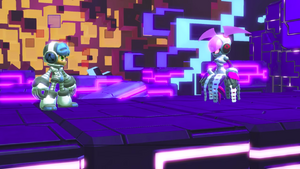 Trinity no longer in a rampage.

Trinity with other Mighty Numbers.

Trinity enters her new current form as she is modified. 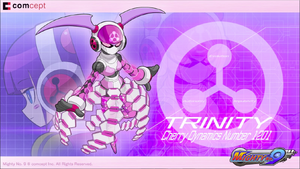 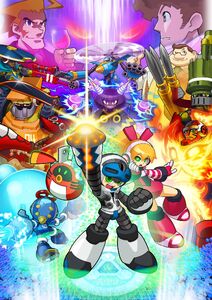 Trinity on a wallpaper. 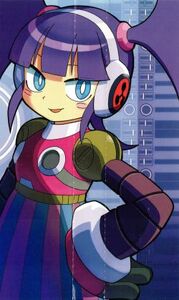 Trinity on the Mighty No. 9 Original Soundtrack booklet. 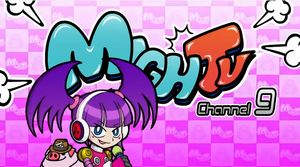 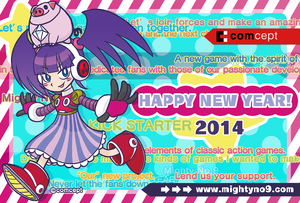 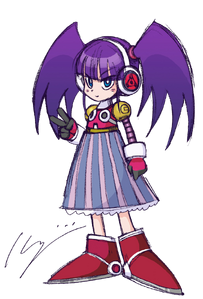 Colored version of the original Call character design sketch by Keiji Inafune.
Add a photo to this gallery 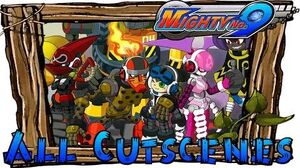 Mighty No. 9 - All Cutscenes 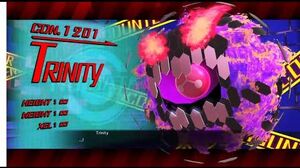 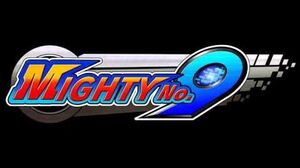 Mighty No. 9 - OST - Trinity (Final Boss Theme)
Add a photo to this gallery

Retrieved from "https://villains.fandom.com/wiki/Trinity_(Mighty_No._9)?oldid=4308236"
Community content is available under CC-BY-SA unless otherwise noted.