Eat whomever they encounter (sometimes successful).

Trolls are very large (ranging from between 10–18 feet tall) and for the most part unintelligent (but there are few cunning ones) humanoid race inhabiting Middle-earth. They are strong and vicious.

Cave Trolls are extremely large humanoid monsters based on the trolls of myth as well as ogres, they appear in Lord Of The Rings as minor antagonists - both in the book and film series.

In the book version of The Fellowship of the Ring there are many cave-trolls. The first cave-troll is fought by Frodo who stabbed its foot, but the troll is not killed. The trolls are described as having long arms, dark green scales and toe-less feet. Soon, two more cave trolls throw two large boulders to form a bridge so the Balrog could pass.

In the Peter Jackson's 2001 movie version, there is one cave-troll which is killed by the Fellowship members who spear and hack at the cave-troll with no avail until Legolas dispatches it with an arrow. The arrow enters the roof of its mouth and goes straight through the troll's brain, emerging from the back of its head after becoming stuck in the troll's thick skull. In the movie made by Peter Jackson the cave troll is computer animated. Its movements were done by Randall William Cook, wearing a motion-capture suit. It also has a set of nostrils located higher than the space between its eyes, making its nose look almost like a "third eye".

In Ralph Bakshi's animated movie, the cave-troll has quite an inconsequential part. Gandalf says "Orcs and something else! A great cave-troll I think!" when he sees the orcs through the east gate. Boromir then closes the gates but they are barged open by a large creature covered all in fur apart from it's hands and feet (Presumably the cave-troll). After this, Frodo leaps towards the creature, stabbing it through the foot, shouting "For the Shire!" as he does so, causing it to flee.

The Mountain Trolls are the ones encountered in The Lord of the Rings who lived in Moria. They are huge, and rarely leave their mountain homes. Because of their fearsome reputation, they are often employed by Orcs as bodyguards and enforcers. Morgoth probably used Mountain Trolls to guard his kingdoms of Utumno and Angband.

Tom, Bert, and William in The Hobbit were of this race. They are entirely made of stone, having no souls at all. They return to the stuff of the mountains once they are dead.

Living in the Ettenmoors north of the Shire, these trolls are ferocious cannibals who kill anyone who enter their territory. They killed all Men living in the moors and took over their towers, thus hobbits mistake the towers for the work of the trolls.

Living in the far north of Middle-earth, these Snow Trolls are akin to Yeti and are feared by the Snow-men of the North. These trolls ambush prey in snowstorms.

A disgusting crossbreed between humans and trolls, these entities were often employed as servants by the Dark Powers. Saruman notably used these individuals as enforcers and spokespeople, yet they were largely dimwitted and only used for wardens. These beings may have been the doorkeepers of Isengard.

Tolkien makes a passing reference to these entities in the pages of The Hobbit when he says "Yes, I am afraid trolls do behave like this - even those with one head each." These trolls are hideous and deformed, living in mountains and snatching up unwary travellers.

A formidable and advanced breed of troll living in Mordor and southern Mirkwood, they served as Sauron's shock troops in the War of the Ring. They were giant, hulking entities that fed on human flesh. They also lacked typical troll vulnerabilities. being able to move under the sun without being weakened. They also possessed increased intelligence, which is why many came to see them as the troll version of Uruk-Hai. All perished upon the climax of the war. 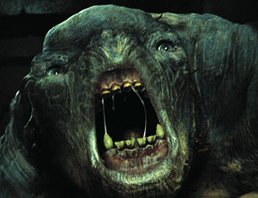 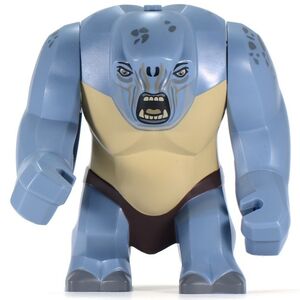 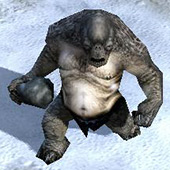 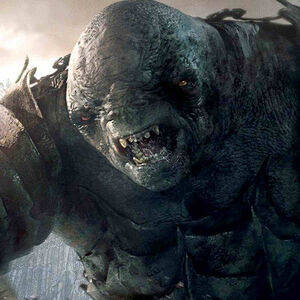 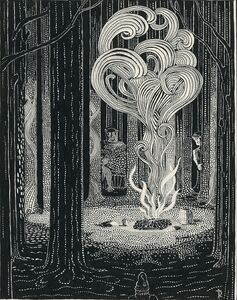 Tolkien's drawing of the Trolls 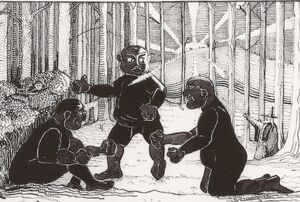 A drawing of the three trolls in The Hobbit turned to stone.