Leader of the Hashashin

Kill Caster for breaking the rules of the Fuyuki Holy Grail War (succeeded).

Hanam, also known as, The True Assassin, is a major antagonist from Fate/stay night. He is an exceptionally dangerous Servant with a limited appearance in both said title and Fate/hollow ataraxia but has an expanded role in Fate/Zero. The designation of "True" is meant to distinguish this Assassin from the one that Caster summoned which not only broke the rules of the fifth Holy Grail War but also saw to it that said Assassin usurped this one's place in the war. All True Assassins share a collective identity and have appeared in every Holy Grail War throughout history. They are all infamous for wearing an ebony and tattered costume, as well as concealing their identity behind an ashen skull mask.

This Assassin, in particular, was summoned by Zouken Matou through the use of the corpse of Caster's Assassin-class servant as a catalyst in the Heaven's Feel route, which was True Assassin's only appearance. Zouken did so because he was disgusted by Rider losing to Saber and enraged at his grandson Shinji Matou's incompetence, so he decided to enter the Holy Grail War and summon True Assassin. True Assassin later attacks and devours Lancer to gain the ability to speak normally.

His appearance is that of a slender, dark man with his right arm bandaged. According to Saber, his right arm is described as a useless flat board, incapable of doing much. His face, as revealed by Sakura in Heaven's Feel, is that of a skull, without any skin, which inspires her to say that he tries to live for eternity when he has already lost his identity.

Like all other Assassins summoned in each Holy Grail War, his true identity is that of the legendary Persian "Old Man of the Mountain," Hassan-i-Sabah, the leader of al-Assasīn, which originates from the word Assassin that is also used as his name. Being a section of a great religion in the Middle East, the assassination organization formed from complicated reasons. To be blunt, they did anything in order to teach strictly and passionately. Even among their section that allowed violence in their lectures, they were the one and only extremist that forced Submission to the absolute power within their cult.

al-Assasīn used assassination as one of their political methods. The assassins under the teachings of Hassan used drugs to boost their mind to accomplish a task or murder that is regularly impossible to complete by a standard human being. The nickname of the killers, Assassin, comes from the name of the drug, the hashish. The Old Man of the Mountain, Hassan-i-Sabbah, was the person who made them this radical, and he founded the drastic religious organization occupying a castle in the mountains and making it their capital. The assassination agency that still exists today was a gear created by Hassan Sabbah and since its foundation, it is said that no matter how many years it's been, the "Old Man of the Mountain" continued to exist.

The assassins' job was like a machine, and their name was feared even in the distant countries. Hiding in the mountains, they eliminated anyone who would dare to oppose their god. Their way of being was the perfect material for the poets of Europe. Though it was adapted, Hassan's story became a legend and soon the word killer meant an assassin. Their stories expanded over a long period of time and became a fantasy that is no less than mythological heroes which got accustomed to the present time.

The Old Man of the Mountain that appears in countless stories, Hassan Sabbah, was the personification of the unidentified assassin, and those who became the head of al-Assasīn all hid their names and appearance, or maybe it was apparent that they were not allowed any alternative option. All servants summoned as Assassin was the Old Man of the Mountain himself during the Holy Grail Wars.

Every time the leader changed, a new Hassan-i-Sabbah was born. Out of the numerous heads, one of them is summoned to the present time without their real name or appearance before they became Hassan.

True Assassin is able to conceal his presence, granted by his class as an Assassin. Unlike his improper counterpart, Epic Spirit labelled as Kojirou Sasaki, he is able to use this ability to a great extent, allowing him to watch over his enemy without revealing himself to other Servants, even Saber. He can also throw small, black daggers called Dirks, at his enemies, each one aimed at the enemy's weak point to ensure a kill. This, however, is practically useless to Saber and Lancer who hold abilities that enable them to dodge/parry projectiles thrown/shot at them. He also has protection against wind, saving him against an attack from Saber when she executed her Invisible Air. This ability seems to have originated from the time when he was alive and had to shield himself from sandstorms and similar events. 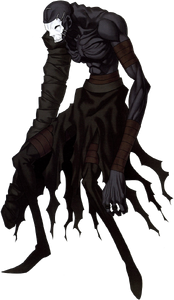 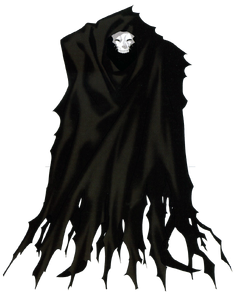 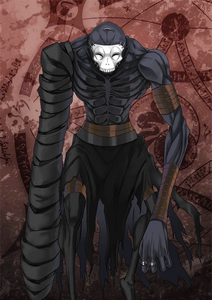 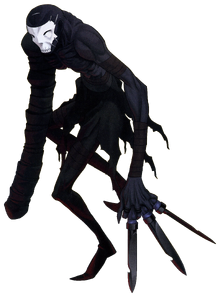 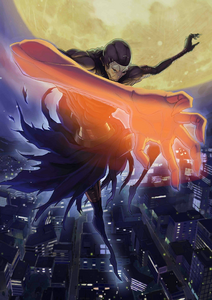 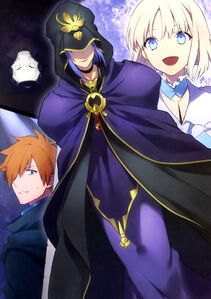 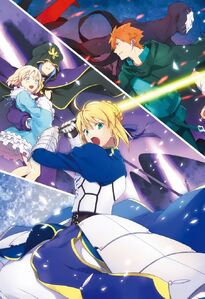 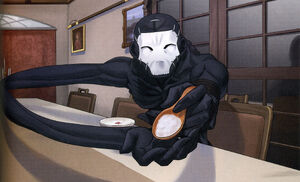 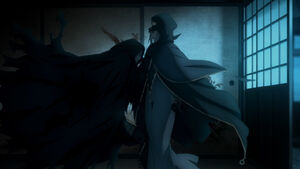 True Assassin kills Caster.
Add a photo to this gallery 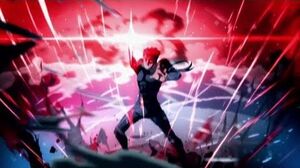 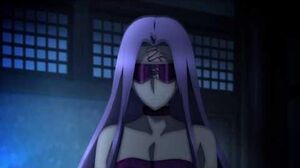 Retrieved from "https://villains.fandom.com/wiki/True_Assassin?oldid=3486884"
Community content is available under CC-BY-SA unless otherwise noted.