José was voiced by Cesar De León. It's currently unknown as to who voiced either Javier or Jesús.

At some point in their lives José, Javier, and Jesús were working with Dwayne Forge and joined the Spanish Lords, a Puerto Rican gang in Liberty City. When Dwayne was sent to prison for running a crack cocaine empire, the Trunchez brothers took over his strip club, "The Triangle Club", and began working with Dwayne's protégé Playboy X.

After Dwayne was released from prison, Niko Bellic visits him in his apartment after Playboy says Niko should work for him and get him back on his feet. Dwayne tells Niko about how he used to own The Triangle Club, but it was taken over by the Trunchez brothers and Niko offers to help Dwayne take it back.

Niko goes to the club in Bohan and to figure out the identities of the brothers, he listens in on several conversations in the club. Niko discovers that Jesús works in the security room armed with a shotgun while he counts money, Javier oversees the pole dancers while arguing with a stripper about the correct pronunciation of his first name, and José "test drives" new ladies at the club with lap dances.

There are several ways to deal with the brothers and their seven security guards, but once the player kills all three brothers, Niko calls Dwayne to tell him he owns the club again, not knowing Playboy was an investor in the club and therefore lost his main method of making money in Liberty City. 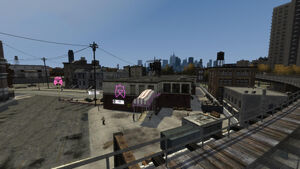 The Triangle Club ran by The Trunchez Brothers.

The Triangle Club at night. 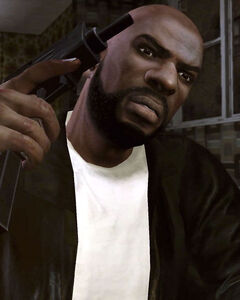 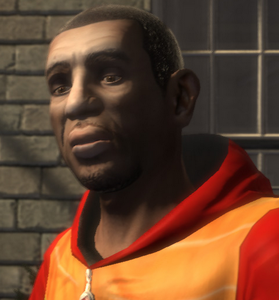