Bomb the marathon in Boston (succeeded until the FBI exposed and caught them).

The Tsarnaev Brothers, or Tamerlan Tsarnaev and Dzhokhar Tsarnaev, are the main antagonists of the 2016 drama film Patriots Day.

They are both shown to be very close to each other doing their crimes. Tamerlan is shown to be a very aggressive and heartless person. Dzhokhar has the same personality like his brother, heartless and does not show true love for his brother and his wife and kid. They are the two responsible for the April 15, 2013 bombings of the Boston Marathon Bombings.

Tamerlan: Tamerlan is shown to be quite heartless and brutal throughout the film, showing little to no care or love for his wife, daughter and brother, Dzhokhar and even uses him as his punching bag in unpleasant situations and even going as far as to blame him for something that he is responsible of. An example of this is when the brothers stop at a gas station with a stolen car owned by Dung Meng. Tamerlan orders Dzokhar to buy some food in the convenience store meanwhile he distracts himself with an unknown device, probably a gps, causing Dung Meng to escape from car calling the police on them. Thereafter the brothers leave and Tamerlan blames his brother for Mengs escape and even threatens him with death if Dzokhar tries to deny it. By the near end of the movie the brothers share a touching moment during a shootout where Tamerlan says to his younger brotherhood to finish the mission and carresses his face which demonstrates that they still love each other no matter their struggles.

Dzhokhar: Dzhokhar is a little bit less ruthless then his brother but he still is a murderous criminal. However he shares a cute moment with his niece, Tamerlans daughter, in which he begs her a kiss in the cheek and teaches her to tie her shoe laces. He is shown to have a positive relationship with his former college roommates who later help him obstruct his crimes, but in truth they didn't realize Dzhokar was one of the two bombers.

Dzhokhar Is seen watching a video on how to make a bomb on his computer when his brother Tamerlan's wife and kid walks in to the room and seeing what he is watching and decide to leave. Dzhokhar is seen with Tamerlan in their house getting the bombs ready and armed for the marathon. Dzhokhar then goes to hug his brother. Later, the two brothers train in their garage during the moment of silence for the kids that died at the Newtown shootings. Soon after the race begins, the two brothers head out to the finish line to plant the two bombs. Tamerlan is seen on a camera heading to his position where he is gonna plant his bomb at.Soon after the brothers plant the bombs and leave the area the bombs go off injuring hundreds of people at the finish line of the race.

The brothers then decide it is time to leave Boston and head to New York for their next attack target before the police can capture them. The brothers then pull up on a cop. Tamerlan decides that Dzhokhar needs a gun and that he is going steal the gun from the cop. Tamerlan ends up shooting the cop to death allowing his brother to steal the gun. They soon hurry, due to a man seeing what has transpired. Later, the two brothers hijack a car owned by student Dun Meng, ordering him to the passenger seat so that Tamerlan can drive to a bank so they can get some cash for gas and food

Later, Dun escapes from the car to another gas station and tells the clerk to call the cops. The brothers then escape from the area before the cops arrive. Tamerlan decides to ask his brother to follow him. A cop then spots the duo, then decides to pull them over. This leads to the brothers and the Watertown police in a huge firefight. The brothers launch home made bombs at the police blowing up three cop cars and injuring several Police officers in the process. Tamerlan then gets shot in the leg by Sgt. Jeffrey Pugliese, then tells his brother to get to New York while he distracts the police. He gets tackled by Pugliese, then is killed when run over by Dzhokhar's car.

The police lose sight of Dzhokhar, then issue a Watertown manhunt in search of him. Later that day, a local man finds Dzhokar in his boat, then calls the police. The police then shoot at the boat after finding out that he's inside it. The FBI then later smoke out the boat, leaving Dzhokhar no choice but to surrender. Dzhokhar was later found guilty for, his crimes and sentenced to death by lethal injection. 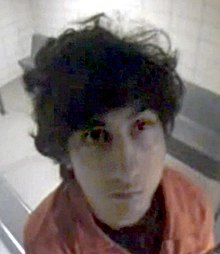 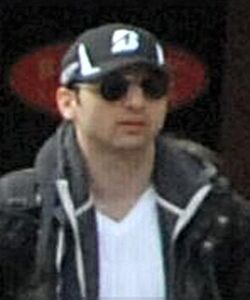 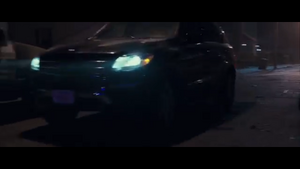 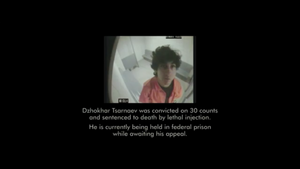 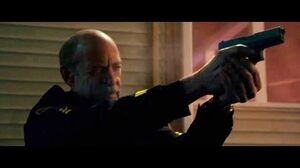 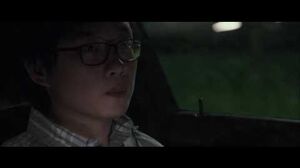 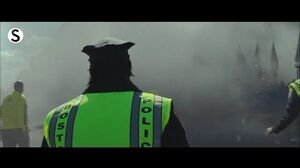