Assassinate anyone who treason against Imperator (formerly).
Team up with Jin Kisaragi or Noel Vermillion to kill Ragna the Bloodedge and Imperator Librarius.

Assisting the Imperator in enacting "Doomsday"

Tsubaki Yayoi is a first lieutenant of the N.O.L. and a major antagonist in BlazBlue: Continuum Shift and BlazBlue: Chronophantasma. She is a childhood friend of Jin Kisaragi and former roommate of Noel Vermillion.

During BlazBlue: Continuum Shift, Tsubaki became corrupted by Hazama due to the fact that Noel was Jin's secretary instead of her, which Terumi exploited to get her to desire to kill Noel to get to Jin. However, Tsubaki eventually reforms at the end of BlazBlue: Chronophantasma and later becomes a heroine by BlazBlue: Central Fiction.

She was voiced by Asami Imai in the Japanese version, and by Julie Ann Taylor in the English version.

During her time in the Military Academy, Tsubaki was a hard-working student and close friends with Noel and Makoto. She desired to become the secretary of Jin Kisaragi, but the position was given to Noel instead

By the end of Calamity Trigger's True Ending, she is assigned by Hazama to kill Noel and Jin. She originally appeared as a non-playable character in the Calamity Trigger Story Mode. In Continuum Shift, Tsubaki heads to 13th Hierarchical City of Kagutsuchi to search for Jin Kisaragi and Noel Vermillion. Unbeknownst to Tsubaki, Hazama is just using her to gauge Jin's Power of Order, and to push Noel further into becoming Mu-12.

Wielding the Ars Armagus "Izayoi", Tsubaki went to carry out her orders to kill Jin and Noel. When she found Jin, he told her to get rid of Izayoi because it "steals the light from the user's eyes".

Tsubaki is revealed to be a fan of Hakumen, going so far as to own all the books and movies based on the exploits of the Six Heroes. In Hakumen's Story Mode, he indirectly reveals that in the past she had been his secretary instead of Noel. While they had more time together, he ultimately neglected her for his own exploits. She pleaded for him to stay when he had left, but continued on, and she was killed as a result. To remember the mistake he had made, he named one of his attacks in her honor. To make Tsubaki attack Noel in full fury, Hazama tells her that Noel took Tsubaki's place as Jin's secretary, relegating Tsubaki herself into assassination tasks. Already beginning losing her sight due to overuse of Izayoi, Tsubaki becomes depressed and angry at Noel, believing she stole everything from her. With Tsubaki in an emotionally unstable state, Hazama has Phantom use sorcery on Tsubaki to manipulate her jealousy for his own purposes. Confronted by Jin, Tsubaki pleads for Jin to back down, saying that she only wanted to be with him and wishes Noel were dead. However, Jin rejects her, leading to Tsubaki siding with Hazama and the Imperator as her eyes turn red and her white clothes become black.

In her true ending, she has the opportunity to kill Noel, but finds she cannot bring herself to do it, and is confused as to which side she's on. Adding further to her distress, she has completely lost her sight due to the Izayoi.

Roughly one month after the events in Kagutsuchi, Tsubaki was promoted to Major for fending off Ragna the Bloodedge's terrorist assault. and went to patrol Ikaruga for enemies, though she was confused in her decision to serve the Imperator. In her Arcade ending, during the battle with Jin, the Mind Eater spell the Imperator placed on her goes berserk, causing her to half want to kill Jin and half ask him for help. Jin tries to save her but the Imperator interferes and awakens as Izayoi, with new powers and fresh determination to destroy all the "evil" that oppose the Imperator. However, Noel, Jin and Makoto manage to break the spell and free her from Izanami's grasp. Tsubaki tearily apologizes, begging for their forgiveness. Later, she joins Jin, Noel, and Makoto.

In the epilogue, Tsubaki finds that Ragna accidentally harmed Noel and Jin. As she leaves, Rachel Alucard asks her where is she going, Tsubaki answers that she is going after Ragna. Rachel asks Tsubaki how she sees Ragna through her clouded eyes, but Tsubaki answers that Ragna is an evil that must be destroyed, and that she would inherit Jin's responsibility and defeat the Imperator and Ragna. Jin or Tsubaki must kill Ragna before he dies a natural death, and if that fails. Rachel tells Tsubaki that she must use her Sealed Weapon Izayoi's Immortal Breaker technique to kill Rachel herself, saying an alternative way to kill Ragna.

Nearing the climax of BlazBlue: Centralfiction, Tsubaki fights Ragna, under the impression that Ragna had betrayed her and Jin, though unbeknownst to her, he only intended to devour her memories as part of his plan to use the power of the True Blue in order to realize her dream along with everyone else's.

Tsubaki is a serious, kind, mature, thoughtful, contemplative, and intelligent person. She has always followed her orders from the NOL and has complete faith in them (likely to honor her family name). She has always had a childhood crush on Jin, and deeply loves and cares about him. She was also good friends with Noel, Makoto and Carl when they were at Military Academy. However, when Hazama told Tsubaki about the alternative timeline where she was always with Jin as his secretary and how Noel usurped that position away from her, she becomes extremely jealous and mistrustful. She begins to harbor a hatred toward her best friend that, once manipulated by Phantom's sorcery, evolves into a desire to kill her in order to be with Jin. Even after changing sides, she still respects Hakumen despite sharing different views.

In Chronophantasma, Tsubaki's personality has almost been completely overwritten by the effects of Mind Eater, the spell that Phantom cast on her in order to allow the Imperator to control her directly. Her devotion to the NOL has been taken to its greatest extreme, and she is now little more than a mindless drone who lives to carry out any and all of the Imperator's orders, including killing her own friends. When Jin confronts her, however, she shows signs of resistance due to her feelings for him.

After Makoto, Noel, and Jin manage to free her from the Mind Eater curse, she realizes that the Imperator's justice is a lie and decides that she will fight for a justice she believes in as an individual: to fight for the people she loves and the friends she cherishes.

Tsubaki is a young woman with long red hair and blue eyes. She wears a white cloak with an eagle eye mask to cover her face. When she is in battle, she wears the Izayoi hat, a Japanese-style military uniform, and black military boots.

When she is under the influence of Phantom's magic, her eyes turn red and her entire uniform becomes black. This change carries over in Chronophantasma.

When not on a mission as a member of the Zero Squadron, she wears a white cloak and black tights with her white military boots. Her hair is hidden under her white beret as well as under her cloak.

When she was in the Military Academy, she wore a blue headband with her standard uniform, except that she wears a longer skirt, black pantyhose, and brown leather boots.

When she was a child, she had short hair kept in a bob cut, and wore a bright, pink kimono with flower patterns.

In her true form, Izayoi's physical appearance remains the same, with the exception of her red hair being tied into a ponytail. Her appearance is a mix of Tsubaki's former Astral Heat and her NOL uniform, her armor being a sleeveless, black, skin-tight bodysuit with a short, slender, white outfit, and white, knee-length boots. The armor bears a slight resemblance to the armor worn by the Murakumo Units, but with two shields floating around her instead of swords, and an overall less revealing outfit.

Tsubaki's fighting style is an interesting interpretation of the standard "sword and shield" style of traditional Western swordplay, where her oddly shaped, floating book acts as a small buckler shield. Tsubaki's short sword is capable of adopting a variety of shapes, sometimes as appearing as a fencing foil, a whip sword, a floating claymore or even a staff. Her book, similarly, can change its form. Lights and angelic imagery feature prominently in Tsubaki's fighting style, such as wings and feathers appearing around her for various attacks. Because of how her Drive works, her style is punctuated by moments of gathering light energy before rushing down opponents with long protracted combination attacks.

Being the true form of the Sealed Weapon Izayoi; Izayoi is an incredibly powerful being who is the sole person able to kill Observers. Her power is so great, that it took the combined efforts of a Beastkin, the Eye of the Azure and someone with the Power of Order, just to bring her down. As well as this, her ability 'Immortal Breaker' is capable of killing any immortal being due to the fact that the Sealed Weapon was designed to target Observers. As a prototype Murakumo Unit, she is relatively on par with the Units themselves in combat (based on her battle with Noel Vermillion).

However, one drawback to her 'Immortal Breaker' is that it is incapable of killing beings who possess the Power of Order, like Hakumen and Jin Kisaragi.﻿ 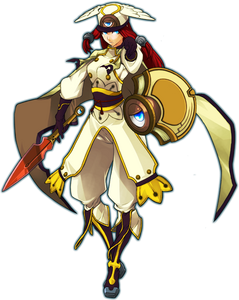 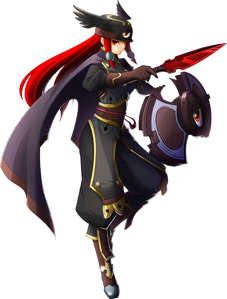 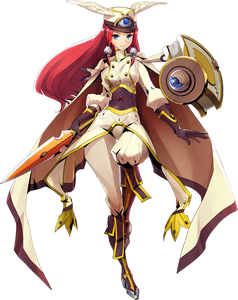 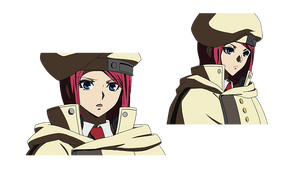 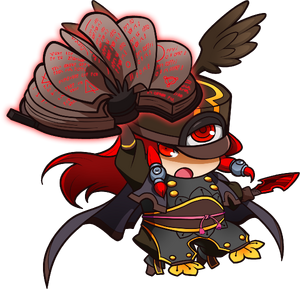 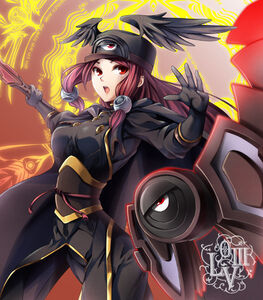 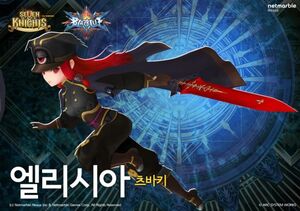 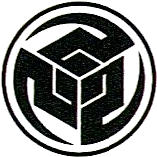 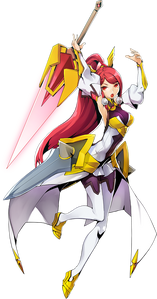 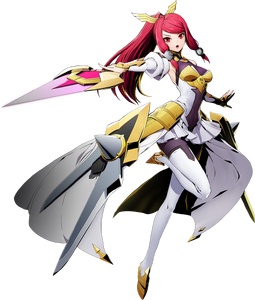 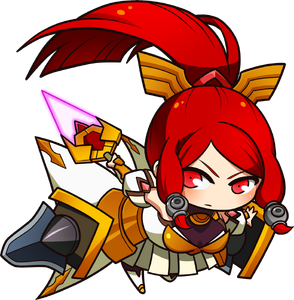 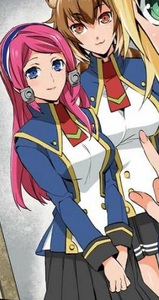 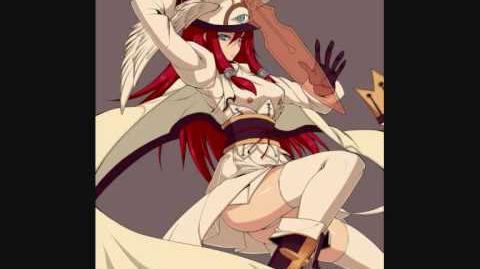 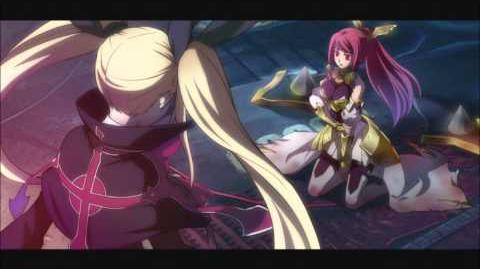