Heir to the Discabii Family

Trying to be the best at everything.

Find and kill the Worm that killed his sister.

Wipe out humanity (supposedly).
Wipe out all Worms by any means necessary.

Tsurugi Kamishiro is the user of the Sasword Zecter to become Kamen Rider Sasword and the tritagonist in Kamen Rider Kabuto.

Secretly, he is actually the Scorpio Worm which killed the real Tsurugi Kamishiro and copied his identity, losing its memories in the process and instead taking on the personality and memories of the deceased Tsurugi. After discovering his true nature, Tsurugi defects to the Worms and becomes their leader only to later allow himself to be killed in battle.

He was portrayed by Yusuke Yamamoto.

The real Tsurugi was killed along with his sister Miku by the Scorpio Worm. Moments before his death, Scorpio Worm chose to mimic him only for Tsurugi's personality to eclipse the Scorpio Worm's own, leading it to lose its memories of its Worm identity and instead believe that it was Tsurugi Kamishiro. His butler Jiiya was aware of this, but did not dispense the information in the hopes that the Tsurugi would live on as a Worm mimickry and the Scorpio Worm would never regain control. Tsurugi at some point encountered the Sasword Zecter and became Kamen Rider Sasword, being contracted by ZECT to kill Worms.

While on a way to a date with Yuzuki Misaki, Tsurugi encountered Cassis Worm Clipeus and battled it, only to be defeated. Tsurugi then loses control of his body and becomes Scorpio Worm once more. He is able to revert the transformation, but does not know of its source. However, Cassis later forces Tsurugi to transform into Scorpio again, causing Tsurugi to realize that he is actually a Worm.

Thrown into despair by the revelation, Tsurugi sides with the Worms. After defeating both Cassis Worm Clipeuses, Tsurugi takes charge of the Worms and orders the two Cassis Worms them to gather all of the Worms. Tsurugi then has Kagami kidnapped and sends Tendou a note saying that he must hand over all the Zecters or he will kill Kagami. Tendou goes to give up the Zecters, only for Misaki to attack the Worms with an ZECT Troopers, buying an opportunity for the Zecters to escape.

In the ensuing battle most of the Worms are destroyed, which was Tsurugi's true intention from the start. Tsurugi then allows Tendou to kill him so that he may finally obtain his goal of all Worms being destroyed and his sister being avenged. Fatally wounded, Tsurugi returns to his mansion where he talks with Jiiya one last time, asking Jiiya if it's okay for him to dream. Jiiya says that it is and promises that he will always be by his side right before Tsurugi passes on.

Misaki and Jiiya later began a restaurant and named it in memory of him.

As the altered timeline was reverted, Scorpio Worm fights against Kamen Rider Kabuto only to be easily defeated.

Due to Shocker's alterations of time, Sasword later appeared along with Kamen Rider 4, Dark Kiva, Baron, and Ouja to attack the Kamen Riders before they can stop Shocker's plans. During the final loop, Sasword is destroyed along with Baron by Zeronos Zero Form's Buster Nova Full Charge. 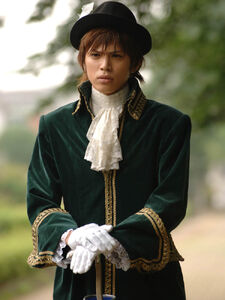 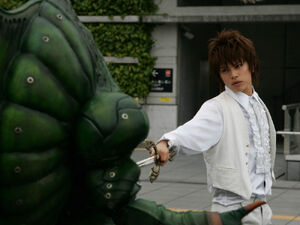 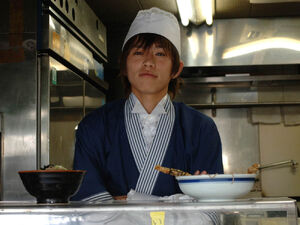 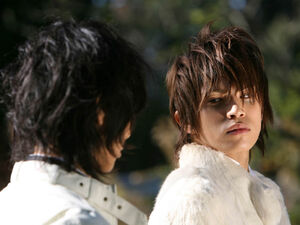 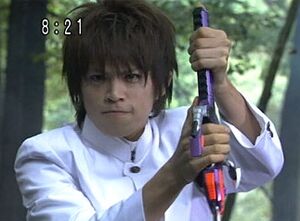 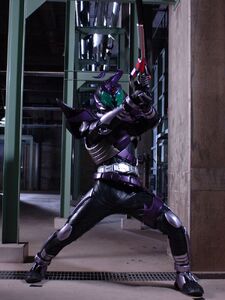 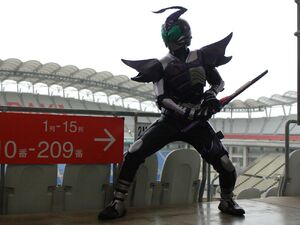 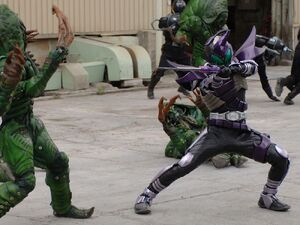 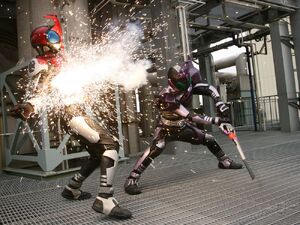 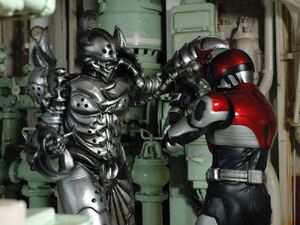 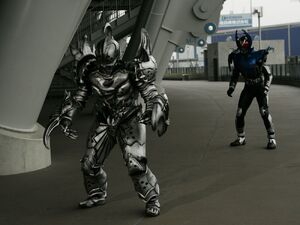 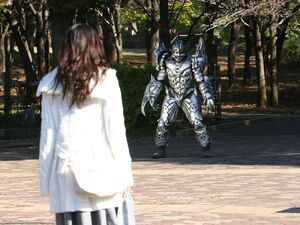 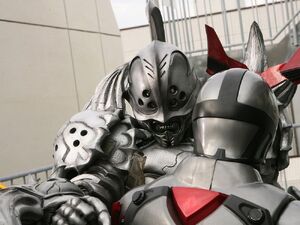