Founder and master of the Crane School

Tsurusen'in, known as Master Shen in English, is the archenemy of Master Roshi, the Turtle Hermit, from the original Dragon Ball series and one of its six main antagonists (along with Pilaf, Assistant Black, Commander Red, Piccolo Daimao, and Ma Junior). The Crane Elder, he was the former mentor to Tenshinhan and Chaozu and the older brother of Tao Pai Pai. Tsurusen'in is the main antagonist of the Tenshinhan Saga and Dragon Ball: Mystic Adventure, as well as being a supporting antagonist of the Piccolo Jr. Saga.

Just like his younger brother, Tsurusen'in is extremely sadistic and unforgiving, and is not above murdering anyone who stands in his way, even his own former students. He is also very boastful and arrogant, believing himself to be flawless. It's implied that those traits are from the disappointment with his former master during King Piccolo's first reign of terror.

However, Tsurusen'in is not all evil: He genuinely cares for his brother, and will never release Demon King Piccolo, knowing what the Namekian would do to the world.

Tsurusen'in at one point was supposedly friends with Roshi back in their young days training under Mutaito as they are seen together in some of Roshi's pictures. It was the death of Mutaito in the hand of the malevolent King Piccolo that turned him into the person that he is today.

Roshi meets up with him again at the 22nd Tenkaichi Budokai to have his students defeat Roshi's students who did well at the last one. When Tsurusen'in learns that Son Goku was responsible for his brother Tao Pai Pai's supposed death, he orders Tenshinhan to kill Goku in the final round.

On one of the nights of the tournament, he attempted to assassinate Goku but failed. At the final round of the tournament, he had Chaozu use telekinesis to freeze Goku so that Tenshinhan could kill him. But the three-eyed warrior rejected the help and wanted to beat him with his own skills, which Chaozu agreed to.

Tsurusen'in became mad about this and threatened to kill Chaozu before Roshi blasted the twisted martial arts master out of the arena with a Kamehameha wave so they can fight fairly. After that, Tenshinhan and Chaozu left the Crane Elder because of his evil ways.

One time, in an anime filler arc, when Goku traveled back in time to train with Mutaito, he saw a young Tsurusen'in and Roshi fight over Fanfan. He kidnapped her and made them defeat him to get her back. By the time of the 23rd Tenkaichi Budokai, Tsurusen'in came back with his brother Tao Pai Pai, who was mechanically modified and was set against Tenshinhan. Tenshinhan defeated Tao and Tsurusen'in carried his unconscious brother out of the arena, swearing he will get revenge. He never appeared in the series again after that point; therefore, it is unknown if he ever attempted to get revenge against Tenshinhan or the rest of the Turtle School. 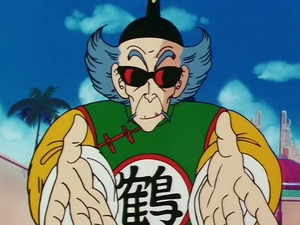 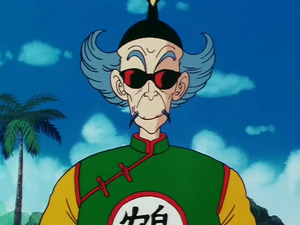 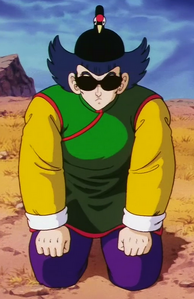 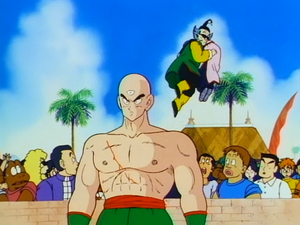 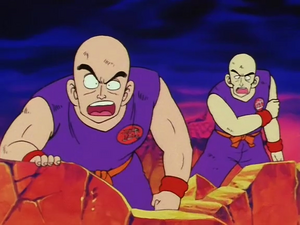 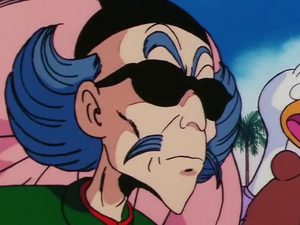 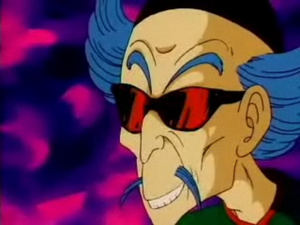 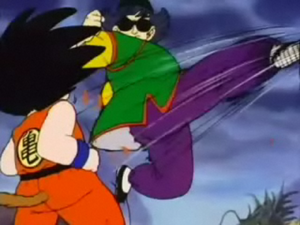 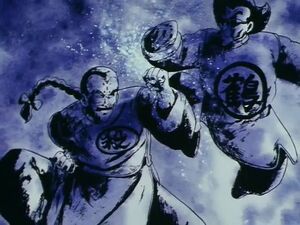 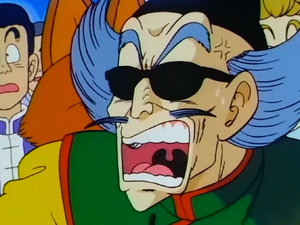