Tupp, Rapp and Zipp are recurring antagonists in the Pokémon: Sun & Moon anime series. They are three members of Team Skull who generally cause trouble for Ash Ketchum and the other students of the Pokémon School.

Tupp, Rapp and Zipp first appeared in Alola to New Adventure!, in which they harassed Kiawe and challenged him to a battle with his Charizard on the line. They took on his Turtonator nine against one, until Ash came to assist Kiawe with his Pikachu. After a short battle, Tupp, Rapp and Zipp were defeated by Turtonator's Z-Move Inferno Overdrive, forcing them to retreat.

Rapp reappeared in Young Kiawe Had a Farm!, in which they attacked Kiawe and Ash, seeking revenge for their previous defeat. However, the trio was quickly defeated by Pikachu's Gigavolt Havoc.

In Alolan Open House!, Tupp, Rapp and Zipp visited the Pokémon School, where they stole some Ride Tauros and started wreaking havoc at the school. They were soon confronted by Delia, who took the Grunts on using Ash's Litten. When Ash and his classmates have arrived, Team Skull was soon sent off again by Pikachu's Gigavolt Havoc.

They reappeared in A Team-on-Team Tussle!, where they encountered Team Rocket for the first time. Both teams fought over a Darkinium Z which Team Rocket managed to take. While Rapp took a shine when she saw a talking Meowth, Tupp an Zipp were not very impressed by them.

Tupp, Rapp and Zipp reappeared again in A Glaring Rivalry!, where they had a battle with Gladion but were quickly defeated by Lycanroc's Stone Edge. 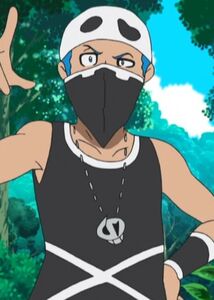 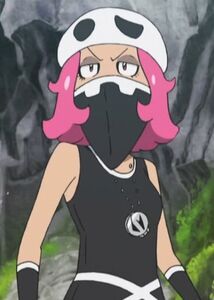 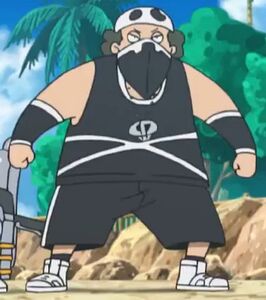 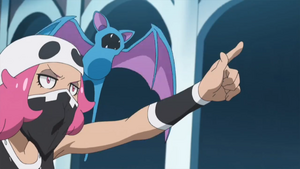 Rapp ordering her Zubat to use Wing Attack. 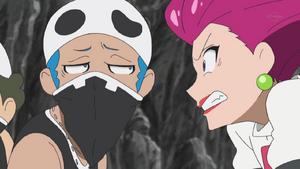 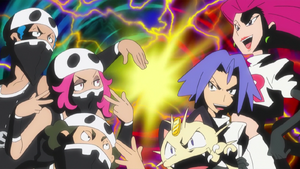 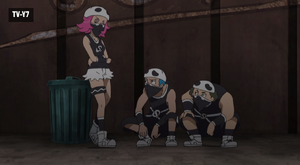 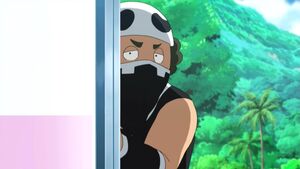 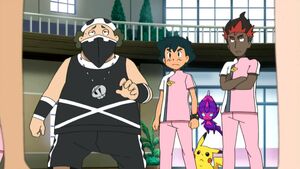 Tupp ordering Rapp and Zipp to assemble the rest of Team Skull. 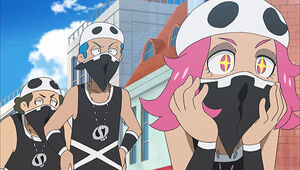 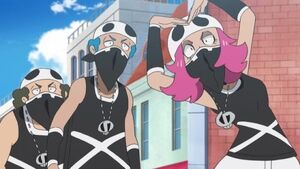 Tupp showing off his drawing of his Salandit. 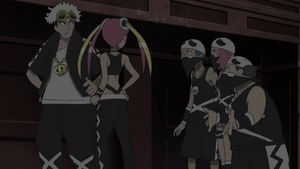 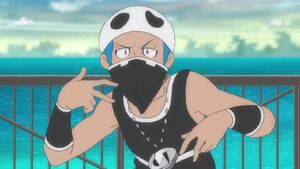 Retrieved from "https://villains.fandom.com/wiki/Tupp,_Rapp_and_Zipp?oldid=3892506"
Community content is available under CC-BY-SA unless otherwise noted.