Images and videos of the selfish and obsessed videogame character Turbo/King Candy from the animated film Wreck-It Ralph. 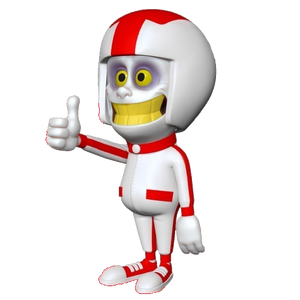 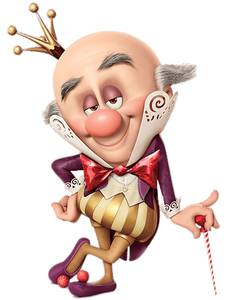 A promotional image of King Candy with Sour Bill and Wynnchel and Duncan. 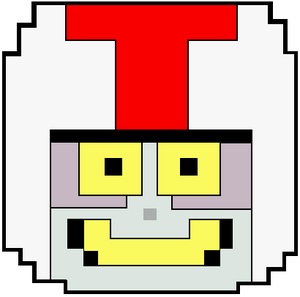 Turbo's pixelated head.
Add a photo to this gallery

The promotional image of Turbo on the Turbo Time game cabinet.

Turbo in his game.

Turbo having won a trophy loving the attention from the audience.

Turbo sees that everyone is attracted to RoadBlasters.

Turbo game-jumping for the first time in Litwak's Arcade.

King Candy shocked to see Vanellope is in the race.

King Candy seeing Wreck-It Ralph (recognizing him due to his hidden past).

"Children of the candy-corn? What are you talking about?" 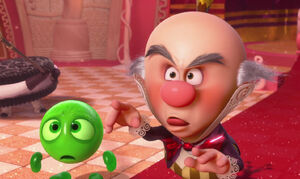 "That was your medal?"

"Find that glitch. Destroy that cart. She can't be allowed to race!"

King Candy ordering his lackeys to find Vanellope and destroy her cart.

"Did you find her? Tell me you found her."

King Candy reading the "Konami code" on a napkin from Tapper's (and foreshadowing that he is Turbo). 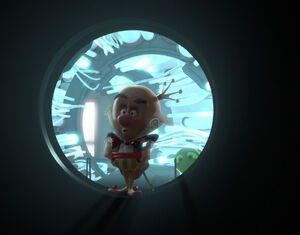 "The codes. The sweet lifeblood of the game."

King Candy entering the tunnel to the CPU room.

"We're going to give you a nice new home."

"You wouldn't hit a guy with glasses, would you?" 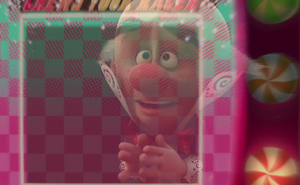 King Candy deceiving Ralph about what would happen when Vanellope wins the race.

"I forbid you to cross the finish line!"

"Let me go! I'm not gonna let you undo all my hard work!" - King Candy reverting to Turbo thanks to Vanellope's glitching penetrating his own coding.

Turbo realizing that Vanellope blew his cover which was a nasty surprise for everyone.

"No way!" - Turbo revealed to any of the veteran arcade characters in years.

Turbo gives his classic thumbs up and an Evil Grin.

"..the greatest racer ever!"

"And I did not reprogram this world to let you and that halitosis-riddled warthog take it away from me!"

Turbo attempting to ram Vanellope into a wall.

Turbo noticing that Vanellope freed herself by consciously glitching on purpose.

Turbo about to be eaten by a Cy-Bug.

Turbo's head on a Cy-Bug's body.

"...I'm now the most powerful virus in the arcade. I can take over any game I want." - Cy-Bug Turbo confronting Ralph.

"Where do you think you're going?!"

"I'm not through with you yet."

"Let's watch her die together, shall we?"

Turbo noticing that the Cy-Bugs are getting burned. 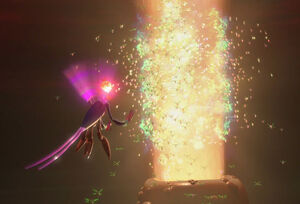 Turbo screaming in horror as he can't control himself while entering the Diet Cola.

Turbo about to be burned to death and unable to regenerate.
Add a photo to this gallery 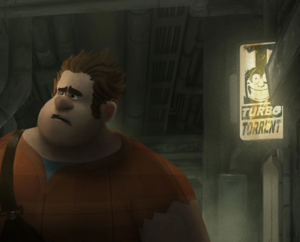 Concept art of Turbo's cameo in Ralph Breaks The Internet with his image on a store sign in the Deep Web.
Add a photo to this gallery 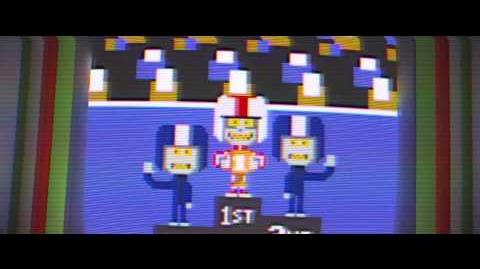 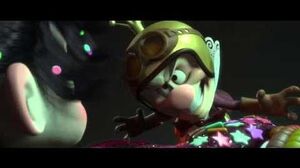 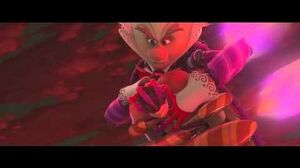 Wreck-It Ralph - Fighting Turbo
Add a photo to this gallery
Retrieved from "https://villains.fandom.com/wiki/Turbo_(Wreck-It_Ralph)/Gallery?oldid=3778943"
Community content is available under CC-BY-SA unless otherwise noted.