Associate of the Kingpin

Super Criminal
Turk Barrett was a small-time crook associated with Eric Slaughter and the Kingpin and before that with the Thunderbolts.

Barrett once stole the Mauler armor to unsuccessfully confront Daredevil. Turk later stole the Stilt-Man armor. He offered his services to the Kingpin but was declined. The Kingpin contended that he did not employ "idiots". The original creator of the Stilt-Man armor, Wilbur Day, contacted Daredevil with knowledge of how to defeat Barrett.

Turk has spent quite a bit of time at Josie's Bar in New York City. His primary associate is Grotto who often reluctantly participates in Turk's schemes. Turk once mugged a Santa at christmas and intended to use the Yuletide attire to swindel charitable donations from others. In this instance when he was confronted by a disoriented Matt Murdock, Turk stabbed Murdock seriously, almost fatally, wounding him. 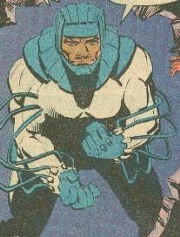 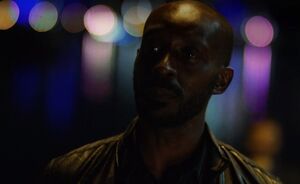