Mastery of the Still Force

The Turtle is a DC Comics villain and an enemy of the Flash.

Little has been revealed about the Turtle’s origins. The Turtle made his first appearance in the 1940’s as a villain who used tricks of slowness in battle with the Flash, but whose main weapon was slow, deliberate planning.

The Turtle Man (sometimes simply calling himself "the Turtle") was the first gimmicked Rogue fought by the second Flash (Barry Allen) and appeared in Central City shortly after Barry's debut as Flash. Originally using his natural slowness as a weapon, such as returning to rob a bank vault later to place people off guard, this Turtle Man was also a scientific genius (and independently wealthy) who created fantastic devices based on slowness. After robbing the bank he painted his shadow on the wall, fooling the Flash into crashing into it. In his first appearance he was captured by the Flash while trying to escape via boat and arrested. This is apparently true both Pre- and Post-Crisis. Turtle Man only had a handful of battles with the second Flash. In more recent years, the original Turtle from the 1940s returned and met his "successor". Impressed with the latter's scientific talent, the first Turtle allied himself with him in an attempt to take over Keystone City. A lab accident seriously crippled the Turtle Man during this time. After the third Flash (Wally West) and his allies had found the Turtle's underground headquarters, the original Turtle seemingly killed himself while the younger Turtle Man was taken into custody.

Later, the Turtle Man reappeared again, seemingly cured from his severe injuries, and having developed the ability to 'steal' speed, slowing others around him to a crawl no matter how fast they were moving.

During the Infinite Crisis, Turtle Man was part of the Secret Society of Super Villains led by Alexander Luthor, Jr. (posing as Lex Luthor), using his speed-stealing abilities to negate the power of speedsters and thus make it harder for the heroes to track the Society.

Justice League series, the Turtle is revised as believing in an opposing energy to the Speed Force, known as the "Still Force". Each time he accessed this power, it aged him. Now a hatchling (described as "The Fourth Generation of his line"), he is finally attuned to the Still Force, and grants Gorilla Grodd (now a member of Luthor's Legion of Doom) total control of it to combat the Flash.

In the episode "'Flash and Substance", Turtle is seen at a bar with a bunch of other Flash villains. A wax statue of him later appears in the Flash museum but it is destroyed much to Flash's dismay.

The Turtle is so slow-moving and out of condition that he is an extremely poor hand-to-hand combatant. The first Turtle is a good but not brilliant criminal strategist, while the second Turtle has considerable talent as an inventor of advanced technology. The second Turtle wears a device that enables him to project a force field around him which can stop bullets. He calls this his invisible brake shield.

The shell he wears as part of his costume serves as body armor and can expand to cover and protect his head. It also contains jets which he can activate to fire the entire shell at an enemy as a large projectile. He also has a ray device that causes people to move slowly and a slow laser device that affects a victim's optic nerves so that things will seem to move at super-speed. 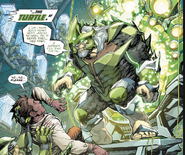 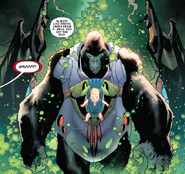 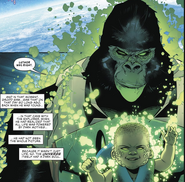 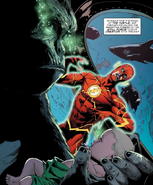 Retrieved from "https://villains.fandom.com/wiki/Turtle_(DC)?oldid=3404205"
Community content is available under CC-BY-SA unless otherwise noted.