Tuskmon is a minor villain in Digimon Adventures 01 and 02.

Tuskmon is a Champion Level Digimon that looks like a Tyrannosaurus Rex, with two black and red tusks on his back. Tuskmon has green skin with pink stripes on its back with spikes as well. It also has a skull and crossbone marking on their left shoulder.

Snimon fought Garudamon while Tuskmon was fighting Garurumon. When Kari surrendered to Phantomon, so did Tuskmon and Snimon. Later, Tuskmon was seen again but was easily knocked out by Zudomon. After Myotismon was killed, his bats came and ate both Snimon and Tuskmon so VenomMyotismon would be born from their energy.

The Digimon Emperor had a Tuskmon under his control as he rode him to chase after an Elecmon. Its current location is unknown. 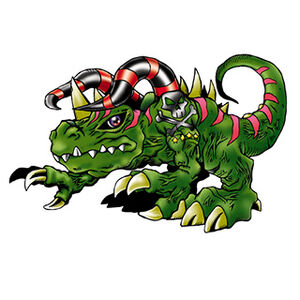 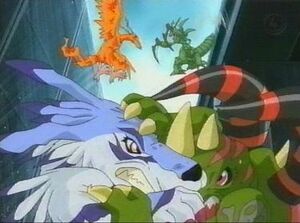 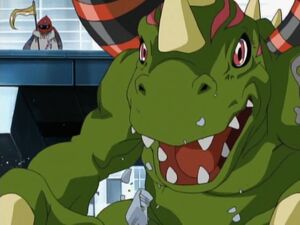 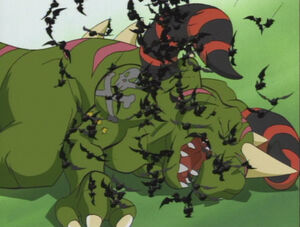 Tuskmon is lying dead in the ground. 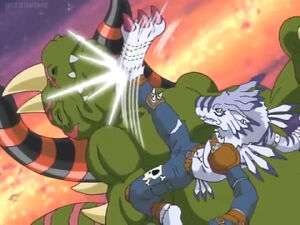 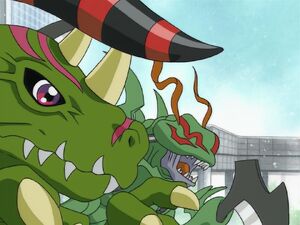 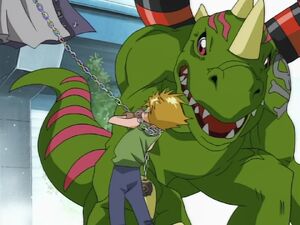