Member of the Monsters gang

Take over Gotham City with Fish Mooney and his friends.

Tweaker is a minor villain at the beginning of the third season of Gotham. Having previously been an inmate at Arkham Asylum and a test subject for Professor Strange's experiments, he joined Fish Mooney after escaping into Gotham.

He was portrayed by Mike Cannon.

Together with Fish Mooney and another of Fish's henchmen, Marv, Tweaker enters a secret research facility where Fish hopes to be cured of her sickness. When James Gordon arrives and attempts to arrest Fish, Tweaker attacks Gordon, viciously beating at him. After buying Fish enough time to escape, the man flees as well - jumping off a balcony, surviving the fall due to his wing-like cape.

The man is encountered again after he and fellow monsters Sid and Nancy are sent to kidnap Ethel Peabody. Although Sid and Nancy can successfully kidnap Peabody, Tweaker is forced to fight Gordon once more. Again, he attempts to escape, this time by jumping out of the window. However, Gordon catches him by the ankle, causing the man to turn his cape into bat wings, attempting to wrench free. Gordon doesn't let go and pulls Tweaker back through the window, arresting him once he is inside. The whole incident is photographed by reporter Valerie Vale, who sells the photos of Tweaker to the media.

Tweaker escaped custody sometime after, and began residing in a church in Gotham. When the city was involved in a blackout and isolation from the outside world, he was discovered by people, and Tweaker spread his wings and prepared to attack. 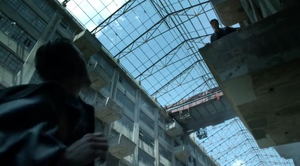 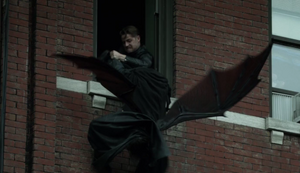 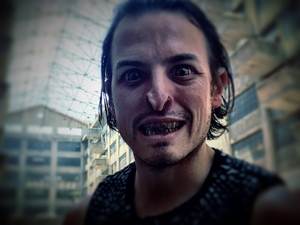