Each members possess their own unique superpowers

The U-Foes are a team of supervillains in Marvel Comics. In an attempt to recreate the cosmic accident that transformed the Fantastic Four, Simon Utrecht, Ann and James Darnell, and Mike Steel flew into space and were bombarded with cosmic rays, giving them powers as well. Simon became Vector, Mike became Ironclad, Ann became Vapor, and James became X-Ray.

Shortly after this, they battled the Hulk and entered his rogue's gallery. Strangely enough, the U-Foes have never faced the Fantastic Four, despite being inspired by and similar to them. 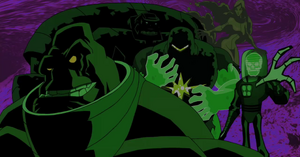 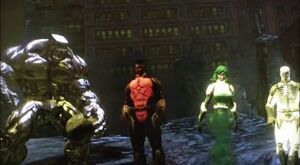 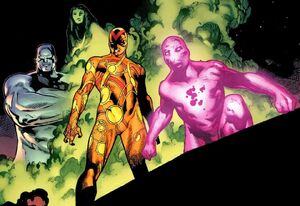 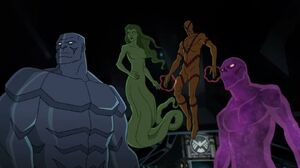 U-Foes in Avengers Assemble
Add a photo to this gallery

Retrieved from "https://villains.fandom.com/wiki/U-Foes?oldid=4100590"
Community content is available under CC-BY-SA unless otherwise noted.