Commander and Instructor of UT units

Destroy all B.O.W.s and witnesses involved in the outbreak. (failed)

He was voiced by Brian Matt-Uhl.

Having brainwashed by Umbrella's psychological eugenics ideals, he become an emotionless commander who viewing others as unworthy outsiders and merciless in carrying his duty.

He and his subordinates were sent to Sheena Island to accomplish their mission (to destroy all B.O.W.s and witnessed involved in the outbreak). After arriving, he is seen sending his men into action. During the final few moments of the events at Sheena Island, the commander set off the Island's self-destruct sequence.

In one of the three possible endings, he was eventually killed by a newly released, experimental Tyrant designated "Hypnos-T Type".

He wears a gas mask with infra-red goggles and an soldier outfit that contents a protective vest, wearing a pear of black gloves, ankle braces and a pear of boots. He also appears to be wearing a item strap to his upper right leg.

Although he had little screen time, he was shown to be a emotionless leader and have great leadership to his subordinates and loyal to Umbrella. He is also willing to kill any witnesses to cover up the incident and shows lack for any human life and sees the cleanup as nothing but a mission that needs to be accomplished no matter the cost. 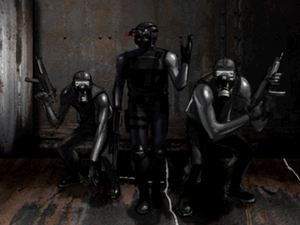 The UT Commander and The Undertaker Units. 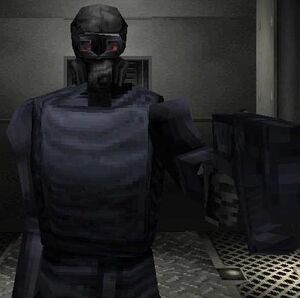 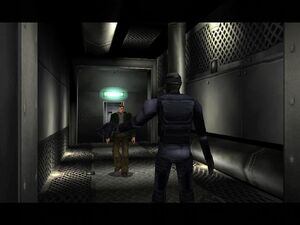 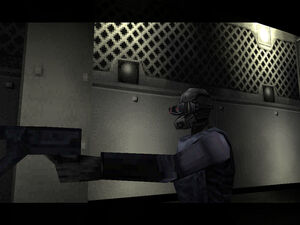 UT Commander about to kill Ark. 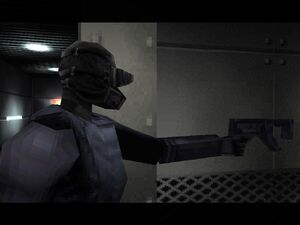 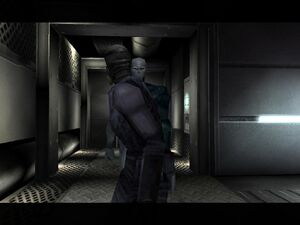 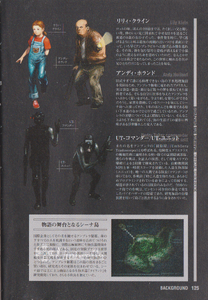 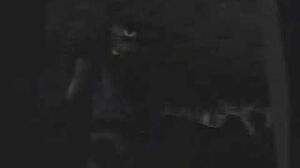 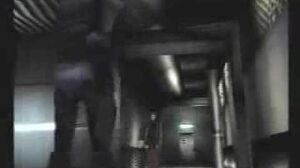