Boys (by the Teacher)

Egotistical Robots
The Uberkids are the main antagonist in Pico Vs. The Uberkids. They are the creations of the presumed defunct Human Genome project, and are designed to be more superior then the average humans in each of every way. They are composed of Uberfred, Uberjon, and Ubersam, with all of them appearing to be clones of each other.

They are also the main antagonists in non-canon Pico Unloaded, where they appear as hitmen trying to Kill Pico in a fake ice cream shop.

In Pico Vs Uberkids, The three members of the Uberfred, Uberjon and Obersam is seen as the new classmates for Pico's class, tested by the school's best students, even since the school's best and noteable students died in the Shooting, They are challenged by Pico, Nene and Darnell. The Uberkids has chosen fight in a lethal verison of R.P.S (Rock Paper and Scissors Roulette.)

The Uberkids made a plan to kill Pico by dressing and setting up the place as an ice cream shop, but the plan failed. When Pico realizes that it was a trap to kill him, Pico leaves. The Uberkids run and try to kill Pico, but Pico shoots them down, killing three on-screen and countess many off-screen, A group of UberKids Then gang up on him, but get counted on. Suddenly, a bus comes and runs half of them and nearly stopping them, but it didn't work but because they use their strength to break it. The Uberkids then try again to kill Pico, but Pico shoots them down and also Shoots the gas coming from the bus, almost exploding every single of them. The last Uberkid tried to knock Pico again, but failed and got beaten to death. 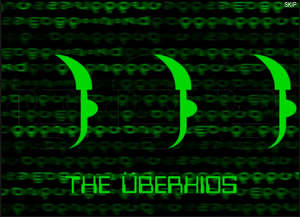 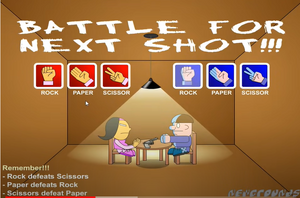 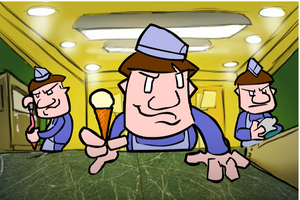 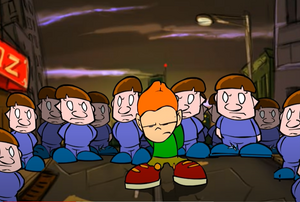 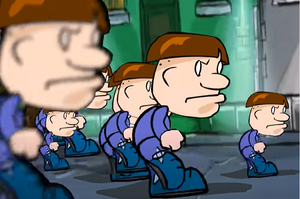 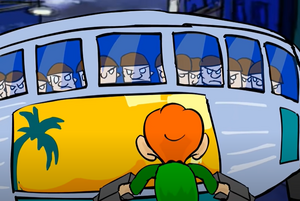