Ubu is a loyal servant and second in command of Ra's Al Ghul and a minor villain in the Batman comics. He acts as the Supreme Brother of the Brotherhood of Demons.

When Ra's Al Ghul decided to retire, Ubu and his master searched for a worthy replacement as the head of the League of Assassins around the world. After determining Batman as a possible successor, Ubu participated in a staged kidnapping of Ghul's daughter Talia in order to enroll Batman's services. Ubu and Ghul took Batman across the planet to find the "missing" Talia. However, Batman caught on to the plan and decisively beat him in combat.

Like the comic books, Ubu is a loyal henchman of Ra's al Ghul. 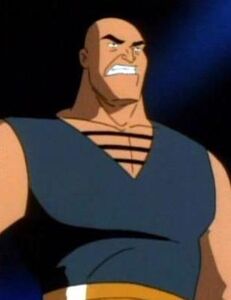 Ubu in Batman: The Animated Series. 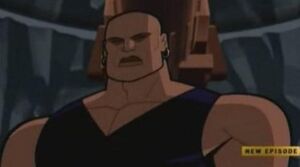 Ubu in Batman: The Brave and The Bold. 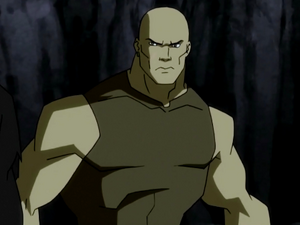 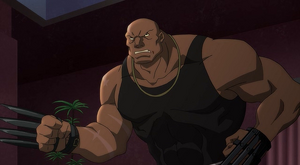 Ubu in Son of Batman. 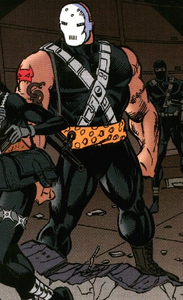 Retrieved from "https://villains.fandom.com/wiki/Ubu?oldid=3325659"
Community content is available under CC-BY-SA unless otherwise noted.